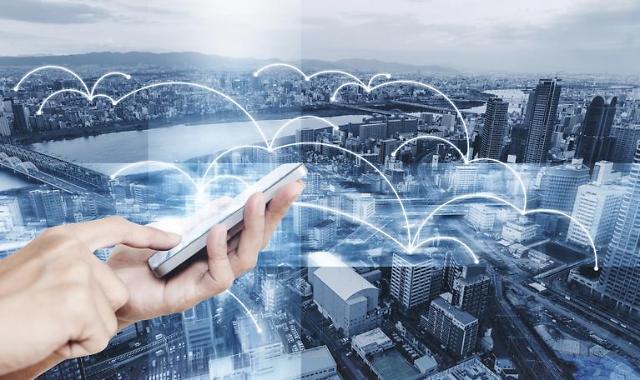 SEOUL -- South Korea's state-run research body made a technological breakthrough to combine WiFi and a wired internet network and control them in a 5G network, allowing telecom companies to reduce the burden of investment and secure efficiency in using high-speed and high-capacity network resources.

The Electronics and Telecommunications Research Institute (ETRI) said in a statement Thursday that its research team has developed a source technology that can combine 5G, WiFi and a wired internet network through joint research with KT, Lanbird Technology and SNETICT. ETRI is a state-funded body in wireless communication domain that has played a crucial role in the history of South Korea's telecom industry.

In the current method of combining Long-Term Evolution (LTE) and Wi-Fi, network control should be carried out outside of mobile networks. ETRI said its technology would allow users to do it inside a 5G network. Wi-Fi is a popular wireless networking technology that uses radio waves to provide wireless high-speed Internet and network connections. LTE is a standard for wireless broadband communication for mobile devices and data terminals.

If three different networks are used simultaneously, it can produce a transmission speed of up to 40Gbps, which is up to 20 times faster than LTE. The institute said that if the access network situation is controlled immediately, it can also provide users with an optimal access environment.

ETRI said that if commercialized, its new technology can combine three networks into one and handle them in a 5G core network with limitations of accepting traffic to increase by 40 times compared to 4G.

"It can reflect various needs of users," Kim Chang-ki, an ETRI researcher, was quoted as saying. "For telecommunication businesses, this technology can be used to reduce the burden of investment and secure efficiency in using network resources."

Ahead of other countries, South Korea, one of the world's most wired countries, established 5G mobile networks in April, but there have been complaints among 5G users about service quality such as a lack of coverage and poor connection. 5G antennas use a relatively high-frequency band to increase the bandwidth of information transmission and reception, but signal connection is difficult because the linearity of the frequency is good but the range is narrow.