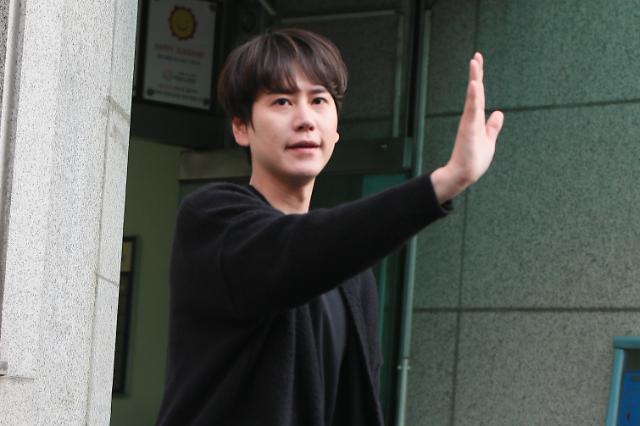 SEOUL -- Super Junior member Kyuhyun will come back this month with a solo album, according to his label. The 31-year-old completed his mandatory military service as a public service worker on May 7.

Label SJ said in a statement Wednesday that Kyuhyun would hold a fan meeting in Seoul on May 19. There have been news reports that he would appear in cable TV variety shows such ass "Salty Tour" and "New Journey To The West".

With Kyuhyun's comeback, Super Junior will be active again as a full 11-member band. Lable SJ said the group's full album would be released later this year.