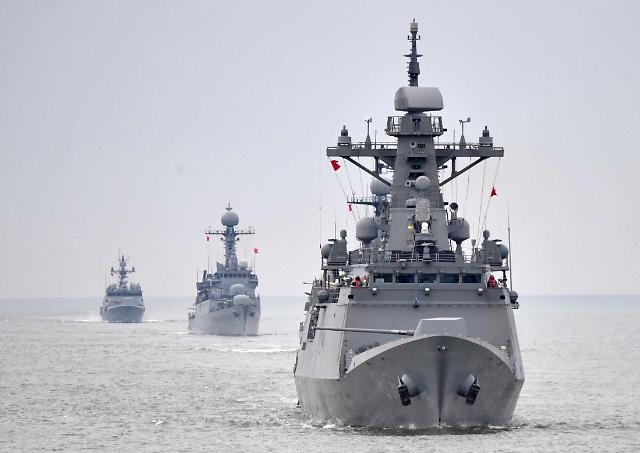 SEOUL -- Hanwha Systems, a defense contractor, signed a military contract to upgrade an identification system which is designed to prevent friendly fire by helping radar operators and missile crews tell the difference between friendly and potentially hostile aircraft and warships.

The deal worth 189 billion won ($163 million) requires Hanwha to upgrade
identification of friend or foe (IFF) equipment for naval ships from Mode 4 to 5, according to the Defense Acquisition Program Administration (DAPA), a state body controlled by the defense ministry.

IFF is a radar-based identification system designed for command and control. It enables military and civilian air traffic control interrogation systems to identify aircraft, vehicles or forces as friendly and to determine their bearing and range from the interrogator.

South Korea has been heavily dependent on U.S. military equipment for joint operations with American troops which have been stationed in the southern part of the Koran peninsula under a mutual defense accord following the 1950-53 Korean War.

Hanwha has installed IFF Mode 4 for South Korean aircraft, ships and radars in the early 2000s. For its Mode 5 business, the company partnered with Raytheon, a major U.S. defense contractor which has been contracted to provide IFF equipment for American military aircraft, and other companies including Hensoldt of Germany.

South Korea's sole aircraft maker, Korea Aerospace Industries (KAI), teamed up with BAE Systems, a British defense firm, and LIG Nex1 joined hands with Italia's Leonardo. However, Hanwha was selected in March as preferred bidder in a project worth 600 billion won to upgrade IFF equipment for some 540 military planes.