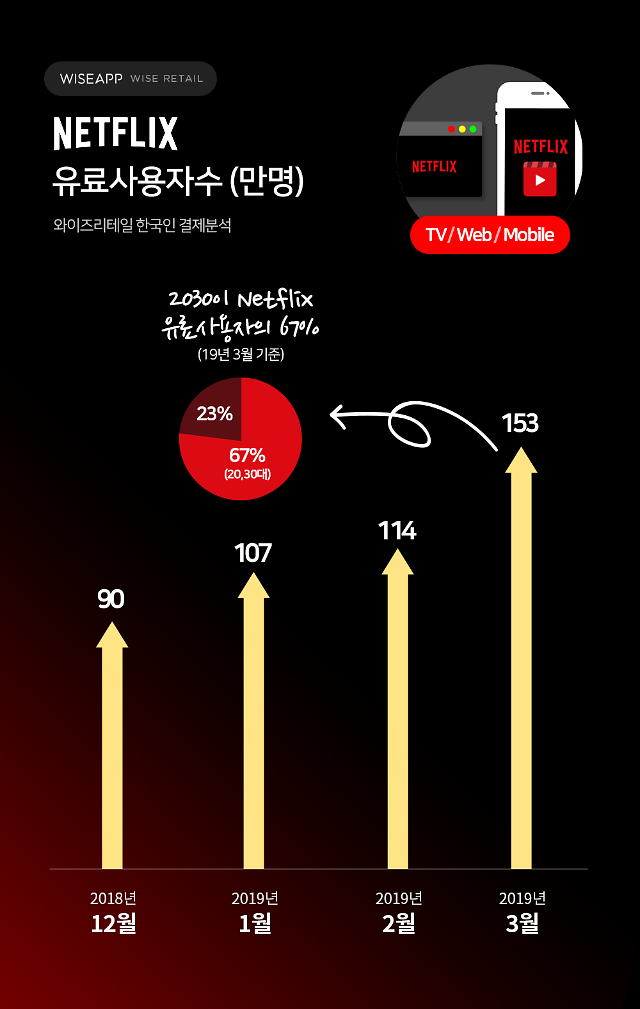 
SEOUL -- Helped by the growing popularity of its content among South Korean viewers, Netflix, the world's top video platform operator, has gained rights to release new dramas simultaneously with major terrestrial broadcasters, starting with "One Spring Night", a romance drama which is set to premiere on May 22.

Netflix said in a post through its website that it would air "One Spring Night" starring Han Ji-min and Jung Hae-in simultaneously with MBC. One hour after its show in South Korea, Netflix will open it to Asia and most English-speaking regions and two episodes a week starting June 1 in the rest of the world.

Terrestrial broadcasters have avoided selling new dramas to Netflix on the condition of simultaneous airing, but they can no longer resist pressure from production companies like Celltrion Entertainment which want sales through Netflix due to its growing influence in South Korea's media industry.

Netflix, which started as a video rental firm in 1997, currently has more than 139 million paid subscribers in over 190 countries enjoying original and licensed TV series, documentaries and feature films across a wide variety of genres and languages. The company has produced original programs in languages other than English as part of efforts to target audiences around the world.

OTT services deliver film or TV drama content over the internet. Video-on-demand (VOD) services are more popular in South Korea, where some 37 million smartphone users are hooked onto super-fast networks 24 hours a day. Netflix has gained popularity since its service began in South Korea in 2016, with the number of paid active streaming subscribers standing at 1.53 million as of March, according to WiseApp, an app research company in Seoul.

South Korea's top mobile carrier, SK Telecom (SKT), is building an integrated OTT platform which would act as an advance guard for protecting the domestic OTT market. In January, SKT agreed with three major domestic broadcasters to merge their OTT services in a strategic move to check Netflix.