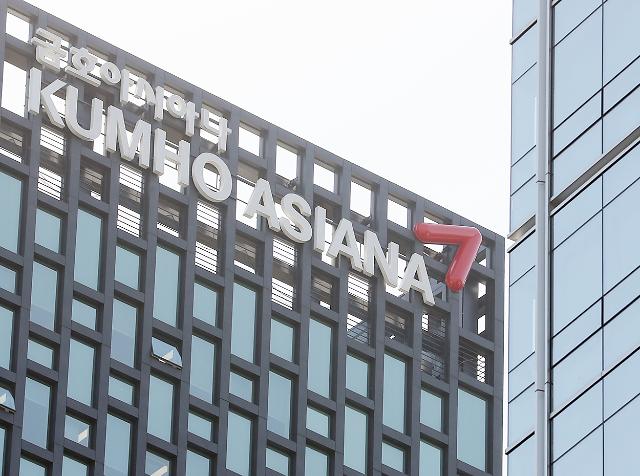 The group said Monday that Kumho Industrial, the holding company which holds a 33.47 percent stake in Asiana, decided at its board meeting Monday to sell off its flagship airline. The decision was contained in a self-rescue packaged present by the group's ruling family to KDB chairman Lee Dong-gull.

Asiana accounts for 60 percent of the group's total sales. KDB has urged the group to submit a revised self-rescue package since its chairman, Park Sam-koo abandoned all executive posts at group units on March 28 to take responsibility for causing market disturbances and liquidity woes.

To ride out its liquidity crisis, the group last week presented a three-year rehabilitation plan, asking for a fresh loan of 500 billion won ($441 million) from creditors. The group's ruling family offered shares and private assets as collateral, but creditors insisted that's not enough for a debt rollover.

Last year, KDB signed a memorandum of understanding that required Asiana to improve its financial status through sales of noncore assets and the issuance of convertible and perpetual bonds.

Asiana has tried to resolve liquidity woes and repay its maturing debt by raising money through asset sales and the issuance of convertible bonds and asset-backed securities. However, the company lost market confidence this month due to its unclear 2018 financial statement, raising concerns about its debt repayment and a group-wide liquidity crunch.

Due to currency-related losses and increased jet fuel costs, Asiana swung to a net loss of 10.4 billion won last year from a net profit of 248 billion won a year ago. Asiana's debt exceeds three trillion won while other group units including Kumho Express and Kumho Resort have no excess cash.

Asiana has rapidly expanded since its establishment in 1988 to become a full Star Alliance member in 2003, expanding its worldwide network and global brand. The airline operates 14 domestic and 90 international passenger routes. It is the largest shareholder in Air Busan, a low-cost regional carrier joint venture with Busan Metropolitan City, and owns 100 percent of Air Seoul, a low-cost carrier.