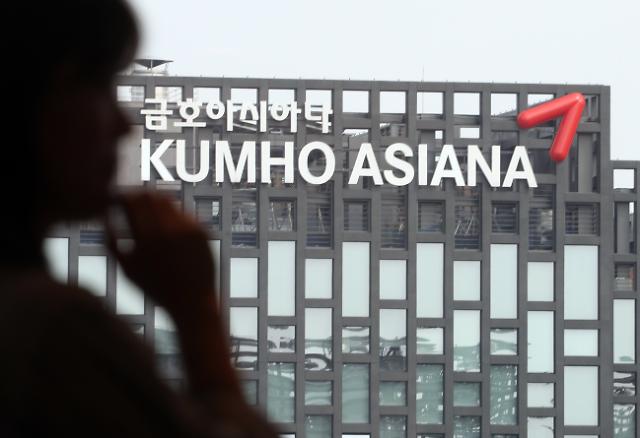 The group said Park would step down as group chairman and CEO of Asiana, the country's second-largest flag carrier, and Kumho Industrial, the group's holding company. "Chairman Park decided to take responsibility for the current situation and step down from group management," it said in a statement on Thursday.

Kumho vowed to do its best for Asiana's normal operation at the hands of group vice chairman Lee Won-tae until the group finds an outside figure as new chairman.

"My decision was made to assume responsibility for the group's difficulties in connection with a dispute over Asiana Airlines' audit report," Park said in a message to employees. "My decision to stand down at a time when the group that I've been working with for a lifetime was in a difficult situation is to make the group take another step forward."

"All of this is totally my fault and responsibility," he said, urging the group to restore trust from customers and stabilize its financial status as soon as possible.

Asiana has tried to resolve liquidity concerns and repay its maturing debt by raising money through asset sales and the issuance of convertible bonds and asset-backed securities. However, it lost market confidence last week due to its unclear 2018 financial statement, raising concerns about its debt repayment and a group-wide liquidity crunch.

Due to currency-related losses and increased jet fuel costs, Asiana swung to a net loss of 10.4 billion won last year from a net profit of 248 billion won a year ago. Asiana's debt stands at 3.2 trillion won.

After surviving the 1997 Asian financial crisis, Kumho with subsidiaries in the fields of leisure, logistic, chemical and aviation acquired several big companies in the 2000s such as Daewoo Engineering and Construction, a debt-stricken builder, leading to a credit shortage.

With financial woes aggravated by the financial crisis of 2007~2008, the group put its key subsidiary Kumho Tire under a debt workout program in December 2009. Since then, Park has stepped up efforts to rebuild the group. However, the group's credibility fell after it failed to stop the sale of Kumho Tire to China's Doublestar last year.

Financial Services Commission Chairman Choi Jong-koo played down concerns about Asiana's liquidity crisis, the carrier would see an improved cash flow if it solves its accounting problem. "Fundamentally, the company and its major shareholder should have more sincere measures that the market can trust."