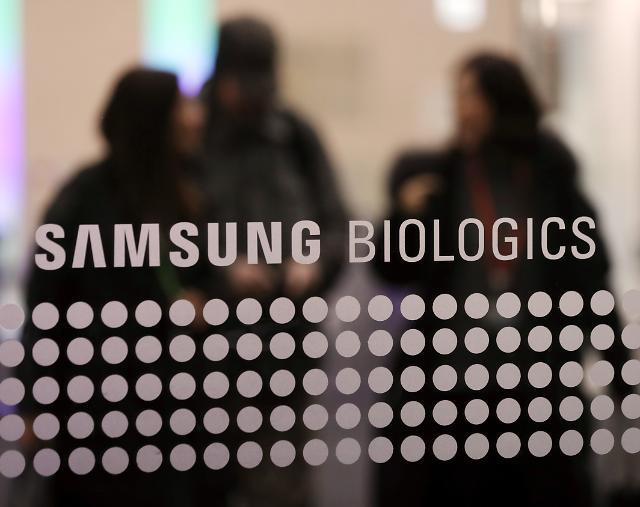 SEOUL -- After a search into two Samsung Group units, prosecutors raided the operator of South Korea's stock exchange to seize evidence related to alleged accounting fraud by Samsung BioLogics to inflate profits ahead of its listing.

In their raid on Friday, prosecutors are looking for material evidence over allegations that Korea Exchange had loosened the listing requirements of securities for Samsung BioLogics in 2016. The office of Samsung C&T, a construction and trading unit, and the data center of Samsung SDS, an information technology service provider, were scrutinized a day earlier.

In November last year, Samsung BioLogics was slapped with a fine of eight billion won ($7.05 million), and the Securities and Futures Commission recommended the sacking of its chief executive for violated accounting rules to inflate profits. Samsung BioLogics launched a legal battle.

In January, an administrative court suspended the execution of punitive action by financial regulators until Samsung BioLogics completes its legal battle, citing concerns about irrecoverable damage and a serious vacuum in management.

BioLogics has denied any accounting fraud, insisting it adopted international standards through consultations with outside experts when it was listed on the local bourse in 2016. At that time, the company reported a net profit of 1.9 trillion won after staying in the red for four years.

In 2012, BioLogics set up Samsung Bioepis, a joint venture with U.S.-based pharmaceutical company Biogen. This month, the American partner increased its stake to one share short of 50 percent. Bioepis is known for Imraldi, an adalimumab biosimilar referencing Humira.

The dispute began last year when financial regulators disclosed information on their provisional decision that BioLogics breached accounting rules, leading to a fall in the share prices of BioLogics.

Bioepsis had been valued at market prices instead of its book value. By applying different accounting rules, its value surged from 290 billion won to 4.8 trillion won. BioLogics said a different accounting system was applied because the possibility of Biogen exercising its call option increased. The Financial Services Commission, a powerful financial watchdog, has ruled that BioLogics left out important information intentionally about a call option deal with Biogen.