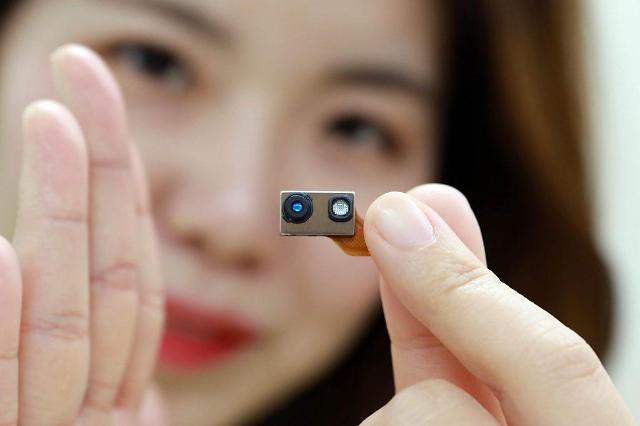 
SEOUL -- LG Innotek, the electric component unit of South Korea's LG Group, has started the mass production of 3D sensing modules for smart devices. The tiny sensor can be applied to other home appliances and vehicles and allow drivers to control air conditioning and navigation with hand gestures.

LG Innotek said in a statement Tuesday that its ToF (Time of Flight) module is a tiny sensor that allows smartphones to detect movements and measure a distance.

G8, a new LG Electronics smartphone to be released at next week's Mobile World Congress (MWC) in Barcelona, houses ToF modules to detect hand gestures and perform designated tasks such as playing music and sending a text message. The 3D sensor can be used to verify biometrics and detect objects and for augmented reality and virtual reality features.