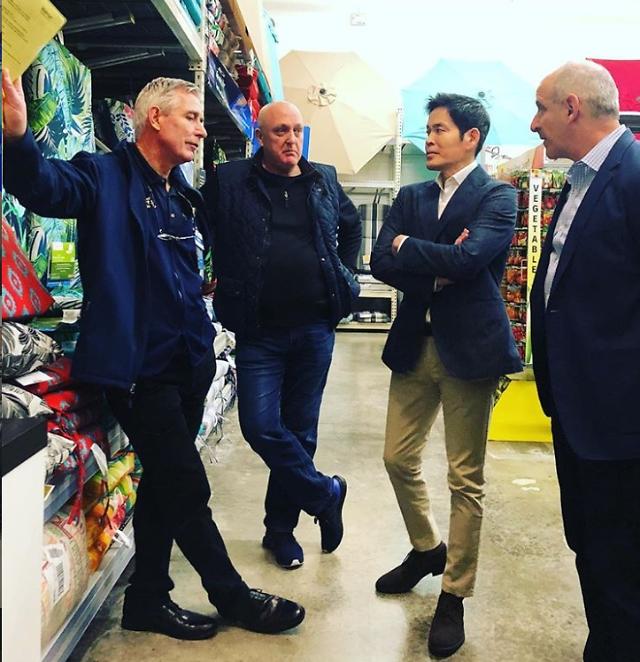 "I am learning how to operate a store from Wallmart CEO. Great man!," Chung, well known for ingenious ideas, wrote in a post. The picture was taken at a store of Wallmart, an American multinational retail corporation that operates a chain of hypermarkets, discount department stores, and grocery stores. 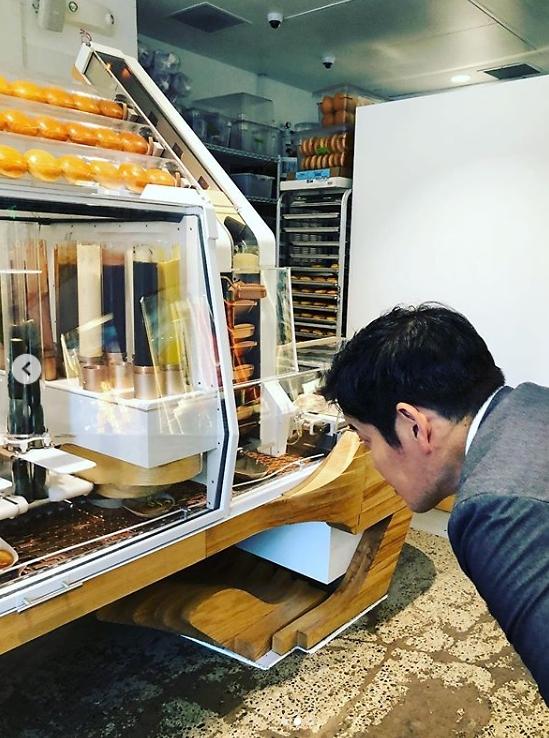 
Other pictures uploaded by Chung included shopping malls and Creator, a burger-making robot. The trip in January followed a series of investments by Chung's group in the U.S. retail market. His innovative ideas have been materialized into new business opportunities.

Shinsegae has diversified its lineups with specialty stores that focus on a particular concept. It has leased an old commercial building in Downtown Los Angeles to launch its first premium restaurant and grocery store called PK Market, which sells a wide range of top-quality food items at cheaper than other similar premium hypermarkets in the ambiance of old-fashioned American markets.