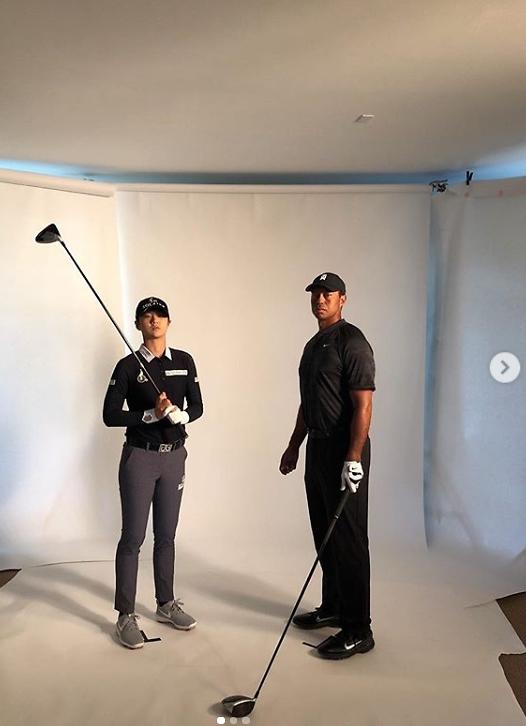 
SEOUL -- Park Sung-hyun, a South Korean LPGA star player, copied down an unforgettable moment with Tiger Woods, a living golf legend, in her Instagram pictures, saying she has achieved her lifelong dream.

"Thank you TaylorMade for making my dream come true," Park said in an Instagram post. She uploaded pictures that showed herself and Woods filming for an advertisement together at the Medalist Golf Club in Florida. "I don't think I would ever forget this day which I have spent with Tiger," she added.

Park won LPGA's Rookie of the Year Award in the 2017 season. She won three golf tournaments including a major title at the KPMG Women's PGA Championship in 2018. She is currently ranked second in the women's world golf rankings.