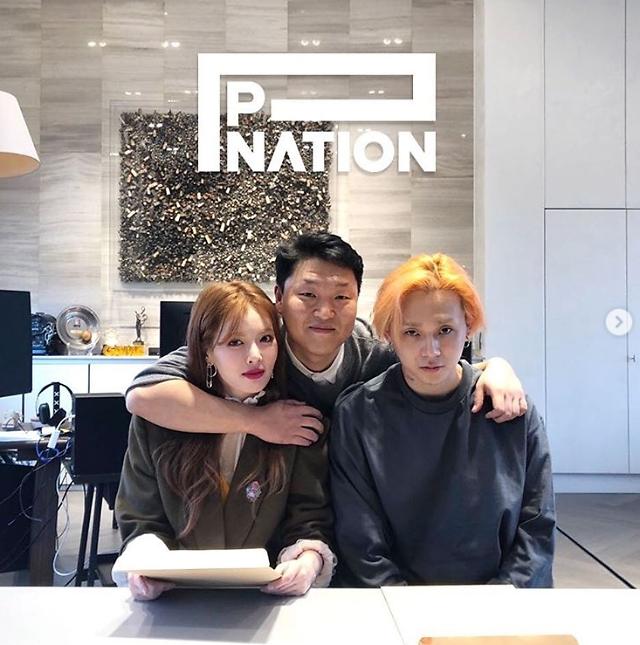 
SEOUL -- HyunA, an iconic sexy figure in the K-pop scene, and her boyfriend nestled in a new entertainment agency established by Rapper Psy, three months after they were expelled from their former agency for an unauthorized romance that has gained support from fans.

Instagram pictures uploaded on Sunday showed HyunA and E'Dawn, a former Pentagon member, in the office of Psy, known for his hit song "Gangnam Style".

HyunA, 26, and E'Dawn, 24, formed "Triple H", a three-person project group, in May 2017 and disclosed their relationship in August last year. Cube Entertainment expelled them for betraying trust. Fans have denounced the agency for responding emotionally and unreasonably to a love affair by its artists.

Psy, 41, established his own entertainment agency on January 24, about eight months after he left South Korea's entertainment powerhouse YG Entertainment. A day later, he recruited Jessi, a Korean–American rapper.

Psy, who debuted in 2001, became a member of YG, home to K-pop artists such as BIGBANG, WINNER and Black Pink, in 2010. Two years later, he brought up a worldwide syndrome with Gangnam Style and his trademark horse-riding dance. However, the singer failed to retain his global fame with subsequent works such as "Daddy" and "New Face".