TV drama 'Encounter' to be shown in more than 100 countries 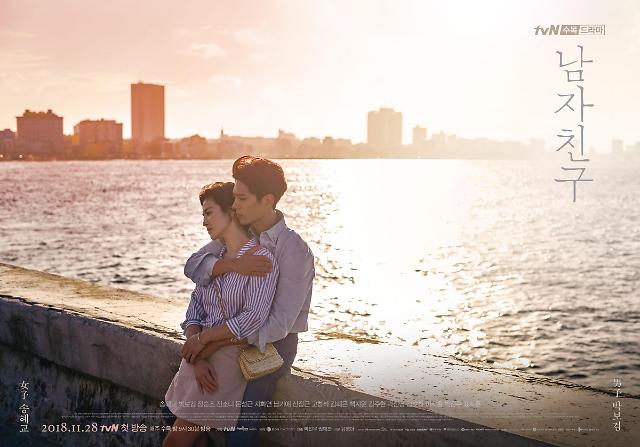 CJ ENM said the drama would be aired by online streaming platforms such as Viki and Viu as well as TV stations in Hong Kong and Southeast Asian nations. Mnet Japan will broadcast it in March.

The drama tells a story about a woman who has everything and a young man who has nothing. The two bump into each other in Cuba and have an unexpected encounter back in South Korea. Song plays as Cha Soo-hyun, a daughter of a politician and former daughter-in-law of a wealthy family, and Park as Kim Jin-hyuk, a freewheeling, ordinary young man.

It was Song's first TV appearance since she captured Asian countries with her role in the 2016 hit drama "Descendants of the Sun". It is Park's first drama since "Love in the Moonlight" in 2016. Park gained fame in the 2015 cable TV drama "Reply 1988".

Song got married to Song Joong-ki who appeared in "Descendants of the Sun". In December 2017, she accompanied South Korean President Moon Jae-in at a state dinner hosted by Chinese president Xi Jinping.