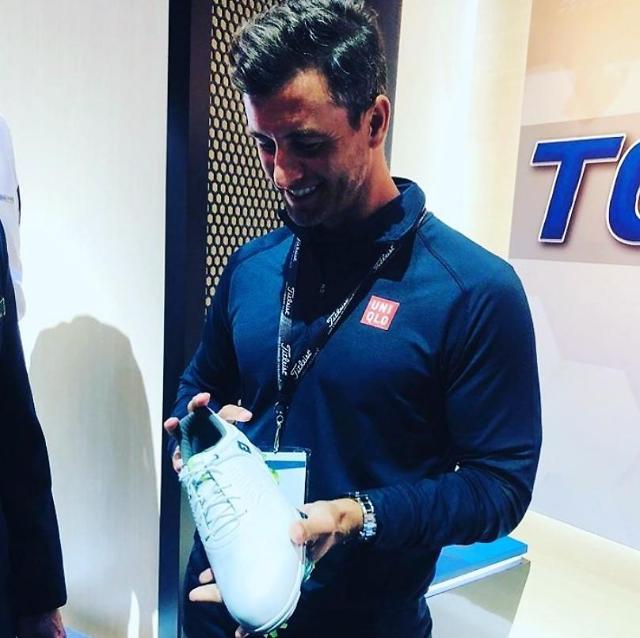 SEOUL -- Former world No. 1 Adam Scott will play in the lone PGA Tour event in South Korea later this month, organizers said Monday. Scott, a 13-time PGA winner and the 2013 Masters champion, is among some big names to commit to the CJ Cup@Nine Bridges, which is scheduled to run from October 18-21 at the Club at Nine Bridges on the southern resort island of Jeju.

This will be the second edition of the CJ Cup. Scott tied for 25th last year. The Australian finished the 2017-2018 season in good form, with a third-place showing at the PGA Championship and a fifth-place finish at the Northern Trust in August.

Scott joins the defending champion Justin Thomas, the 2018 PGA of America Player of the Year Brooks Koepka and former No. 1 Jason Day in the 78-man field for the $9.5 million tournament.

"I thoroughly enjoyed my experience on Jeju Island last year at the first CJ CUP. The course was terrific as was the support of the Korean fans," Scott was quoted as saying in a press release by the PGA Tour. "With the PGA Tour establishing tournaments in Asia, the game is receiving great exposure in the region and I'm looking forward to getting back there to compete."

Billy Horschel, the 2014 FedEx Cup champion who finished fifth this year, will head to the CJ Cup for the first time. The five-time PGA Tour winner was among the top three at three of the four FedEx Cup Playoffs events this past season. Also committing to the tournament on Monday was Hideki Matsuyama, the top-ranked Japanese player at No. 20. Matsuyama, who has five PGA Tour wins, will be making his CJ Cup debut. He finished inside the top 15 in each of the last five tournaments, including the season-ending Tour Championship.

"I heard great things from my fellow players last year about the CJ Cup@Nine Bridges, and I'm really looking forward to being back in Asia competing there this year," Matsuyama told the PGA Tour. "I hope to challenge for the win."

Among other notables, Tony Finau, who made his Ryder Cup debut for the United States last week after recording 11 top-10s, and Paul Casey, an English veteran with 14 international wins, will be in the field.
(Yonhap)