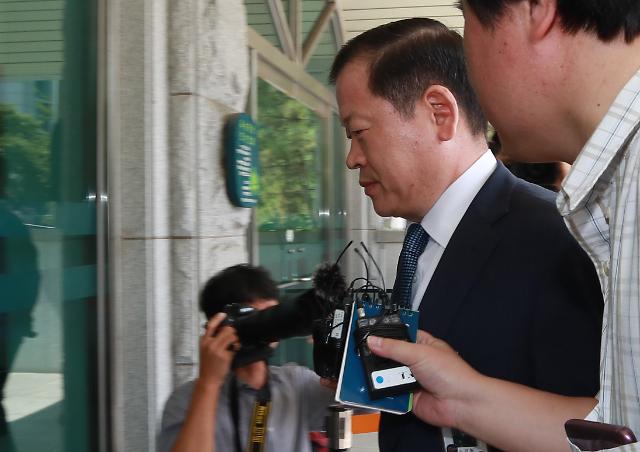 
SEOUL -- A two-star army general was arrested for illegal surveillance of civilians in the 2014 sinking of a ferry packed with high-school students, becoming the first to be punished in a probe into illegal activities by a military intelligence unit under the control of South Korea's jailed ex-president.

Major General So Gang-won was taken into custody on Wednesday evening after a military court issued an arrest warrant. He was accused of playing a key role in putting families of the Sewol ferry victims under systematic military surveillance.

The Sewol was carrying 476 people, including 325 high school students, when it sank off in 2014. Government officials and coastguard authorities were criticized for failing to take quick steps. The disaster played a role in the fall of ex-president Park Geun-hye who was accused of manipulating state records to avoid criticism that she neglected her duty to supervise a rescue operation.

So has been questioned by a special military team which launched a probe into action plans drawn up by the powerful Defense Security Command for the implementation of a martial law at the height of anti-government protests that saw millions of citizens taking to the streets for months.

Park, 66, was ousted after the constitutional court upheld her impeachment in March last year. The security command called for the mobilization of tanks, armored vehicles and armed troops to impose martial law if Park's impeachment was rejected.

In August, an appeals court raised Park's jail sentence to 25 years. The ex-president should stay in jail for a total of 33 years because she received an extra eight-year prison term in a separate case for taking money illegally from the National Intelligence Service (NIS) and intervening in elections.