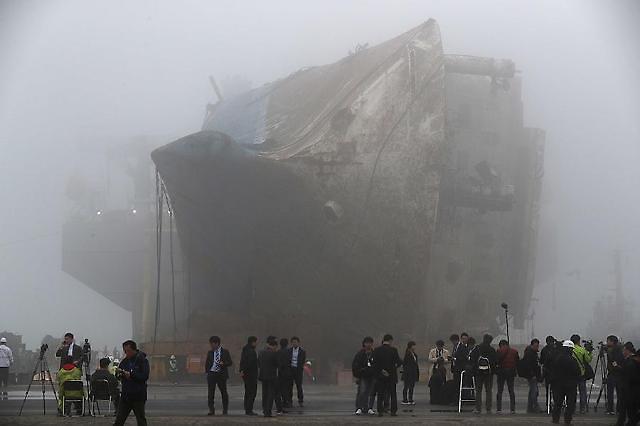 
SEOUL -- A South Korean court acknowledged state liability Thursday in the 2014 sinking of a ferry packed with high-school students, taking the side of parents and relatives who launched a court battle almost three years ago after refusing to accept state compensation.

The court in Seoul ruled that many ferry passengers died while waiting for rescue teams without knowing exactly what's going on as the coast guard and sailors did not take proper measures to evacuate them.

The victims seemed to have suffered from "extreme" stress and agony for a long period of time until they died, the court said, adding their parents and relatives have been plagued with "a tremendous mental shock" and "post-traumatic stress up until now."

The Sewol was carrying 476 people, including 325 high school students, when it sank. The disaster was blamed on the ship's illegal redesign and overloading left unchecked by regulators. Government officials and coastguard authorities were criticized for failing to take quick steps. The hull was raised in March last year.

A state committee offered 470 million won ($456,310) each to the families of student victims. The families of other victims were given a different sum in accordance with age and job.

However, 355 relatives of 118 victims filed a suit in September 2015, seeking a total of 107 billion won in compensation. In its decision  Thursday, the court ruled that 72.3 billion won should be paid.

Yoo Kyung-geun, a family member who led the suit, expressed displeasure saying the court failed to specify in detail what the state did wrong about.

The disaster played a role in the fall of jailed ex-president Park Geun-hye who was accused of manipulating state records to avoid criticism that she neglected her duty to supervise a crucial rescue operation.

Despite her repeated denials, unconfirmed reports have suggested Park took command late because she was involved in personal affairs or grooming while a frantic rescue operation was underway.

As a culprit behind a corruption scandal that revealed deep-rooted collusive ties between businessmen and politicians, Park received a 24-year jail sentence in April. Her crony, Choi Soon-sil, was sentenced to 20 years in prison for causing a state crisis by controlling government affairs arbitrarily for her personal interests.