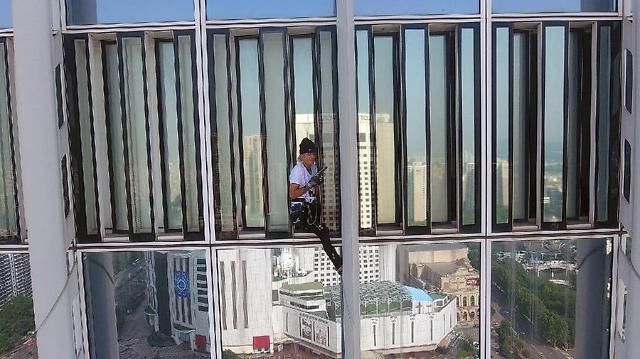 Alain Robert, 55, started to climb the exterior walls of the Lotte World Tower, a 123-story landmark building in southern Seoul, with no safety gear at 7:50 a.m. (2250 GMT) Wednesday. He made his way up to the tower as teammates averted the eyes of security guards by making a distractive noise.

When Lotte officials spotted Robert climbing, they called police and firefighters for help. They set up air mattresses on the ground in an operation while a fireman and a Lotte official, aboard a suspended stage designed for building management, were waiting at the 75th story to stop the Spiderman. 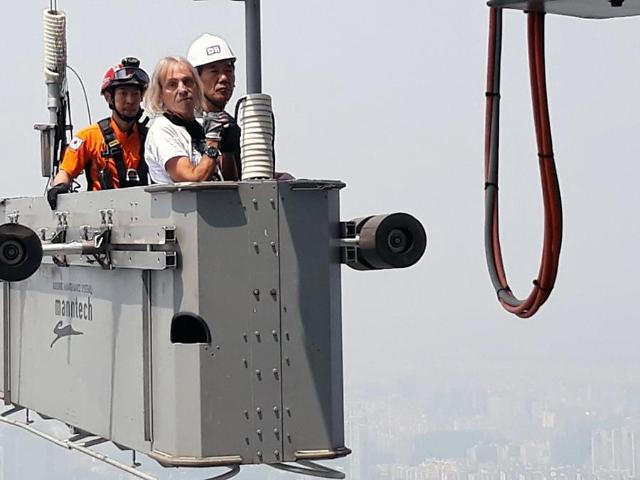 
His stunt ended at 11:06 a.m when Robert was dissuaded from scaling the tower and came to the stage. Police detained him on charges of obstructing business. Robert allegedly said the unauthorized event had been planned to commemorate an inter-Korean thaw.

The French climber, who has been arrested for scaling the world's famous landmarks, climbed the 828-meter-tall Burj Khalifa building in Dubai in 2011.

He was not the first to scale the Lotte tower. Vitaliy Raskalov, a Russian urban climber, conquered the tower in 2016 when it was still under construction. The Russian photographer uploaded selfie shots sitting on the top of the tower onto his Instagram, shocking many people including Lotte security officials.

In May last year, South Korea's Kim Ja-in, the world's female climbing champion, scaled the shopping and living tower complex which opened in April last year as South Korea's new high-rise landmark. The event was authorized and shown live on the tower's Facebook page and YouTube.

Robert had held the title as the world's fastest male climber after scaling Burj Khalifa in 2011.