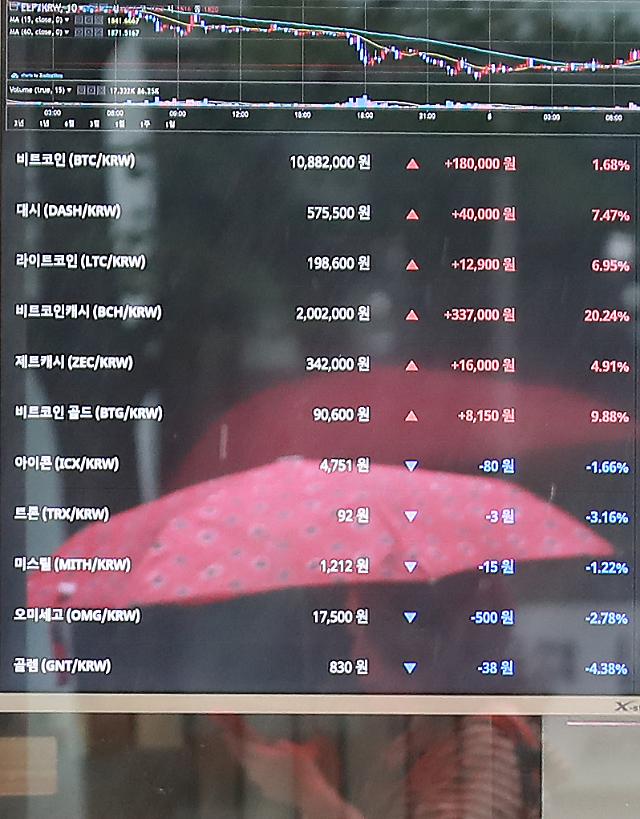 
SEOUL -- Cryptocurrency prices tumbled Friday after prosecutors launched an investigation into the operator of South Korea's top cryptocurrency exchange Upbit to see if it deceived investors by manipulating a computer program to bloat its virtual money holdings.

In a two-day raid Thursday and Friday, prosecutors seized computer hard discs and accounting books from Dunamu, the Upbit operator which is suspected of having opened transactions without having real virtual money in its "coin wallet" which can store virtual money electronically.

The news sparked a run in cryptocurrency trading because Upbit is the country's largest virtual money exchange. Kakao, which operates the most popular smartphone messenger app in South Korea, controls 20 percent of Dunamu.

Regulators have called for strong steps to prevent the "serious" side effects of irrational and excessive speculative investments. A customer identification system was imposed on January 30, allowing only real-name accounts used for deposits and withdrawals in cryptocurrency trading.