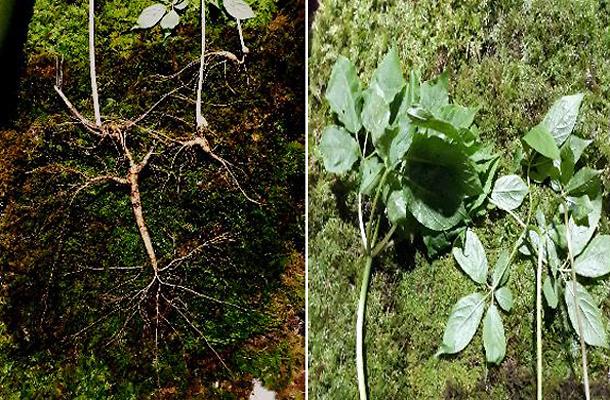 ​
SEOUL -- A rare wild ginseng, which is more than 100 years old, has been discovered by a 57-year-old man while climbing a mountain near his hometown.

Kim Jong-hak claimed to have his luck after his grandmother appeared in his dream. He discovered three wild ginseng roots together on May 5 when he climbed Mount Jiri in Hamyang County. Jiri is a 1,915-meter-high mountain located in the southern region of South Korea.

Appraisers valued the biggest one at more than 100 million won (92,937 US dollars), saying it was more than 100 years old and hibernated for 20 years. "After my grandmother showed up in a dream, I found a wild ginseng," Kim told reporters, the oldest one emitted a dark peppermint flavor in its roots.

Wild ginseng is relatively rare. Although ginseng has been used in traditional medicine for centuries, modern research is inconclusive about its biological effects. The constituents include steroid saponins known as ginsenosides.