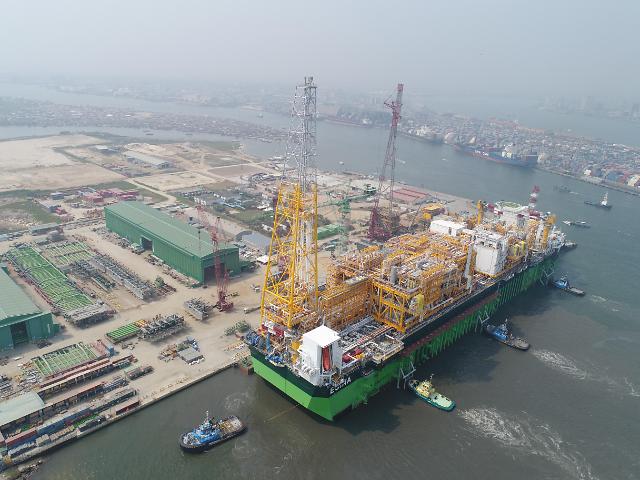 
SEOUL -- Samsung Electronics disclosed a costly plan Friday to acquire new shares worth 191 million US dollars to be issued by the debt-stricken shipbuilding arm of South Korea's largest conglomerate.

Samsung said in a regulatory filing that it would spend some 204 billion won ($191 million) on the purchase of new shares from Samsung Heavy Industries, which has been under a rehabilitation program. In an effort to clear off its debt, the shipbuilder plans to issue new shares worth about 1.5 trillion. Samsung Electronics is the largest shareholder of Samsung Heavy. At the end of last year, the world's largest smartphone maker holds a 16.91 percent stake in the shipbuilder.

The move came a day after Samsung Heavy said it has clinched a deal worth 368 million US dollars to build two liquefied natural gas carriers for an unidentified shipping company by October 2020. The shipyard has received $1.58 billion worth of orders for 14 vessels so far this year.

This year, South Korean shipyards predict a slight recovery in their business, citing growing demands for gas-fuelled ships. According to Clarkson Research Services, South Korean shipbuilders secured 42.2 percent of global orders to build 52 vessels in the first quarter of this year.