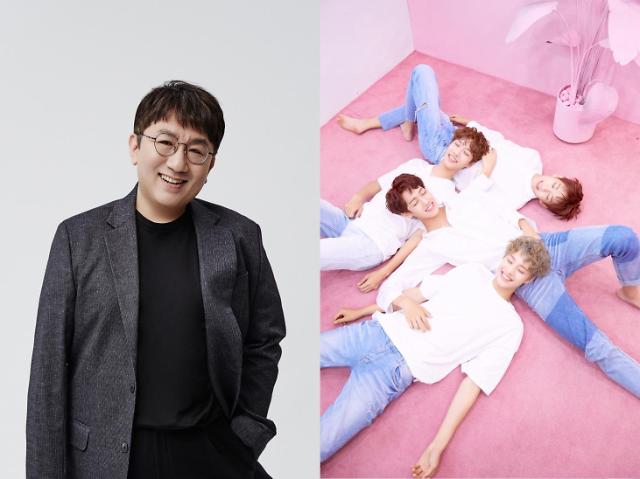 K Entertainment said in a statement that Bang produced the title song of IZ's mini-album to be released on May 1. The band debuted in August last year with a mini-album but was not so successful. Bang is very selective and cautious in production with the artists of other labels, and his participation in IZ's mini-album reveals his interest in the new band.