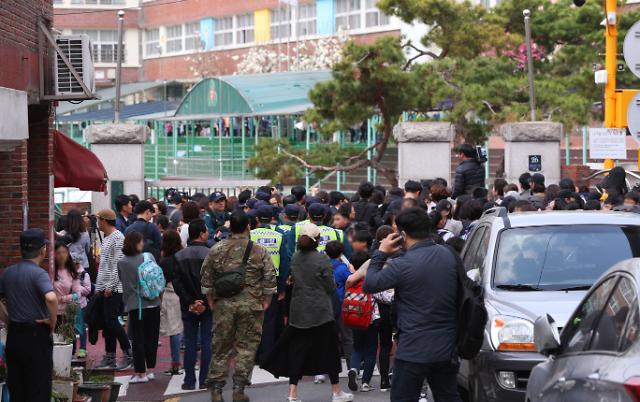 
SEOUL -- A rare hostage situation in South Korea came to a quick end Monday when police overpowered a 25-year-old man and rescued a girl who has been held hostage at an elementary school in Seoul.

The man identified by his surname Yang had threatened a 10-year-old girl with a knife inside the staffroom of Bangbae Elementary School in southern Seoul at 11:30 am (0230GMT), asking for reporters.

Backed by a S.W.A.T. team, police turned his attention away by passing him a water bottle and seized an opportunity to rescue the girl unharmed. Yang showed signs of epilepsy and was moved to a nearby hospital. Police questioned him after he regained his consciousness.

Normally, a stranger like Yang would not have been granted entry to school grounds but he disguised himself as the school's graduate who needs a graduate certificate. Because he did not follow proper security protocols, the principal alerted other people and went into a lockdown with children in classrooms.