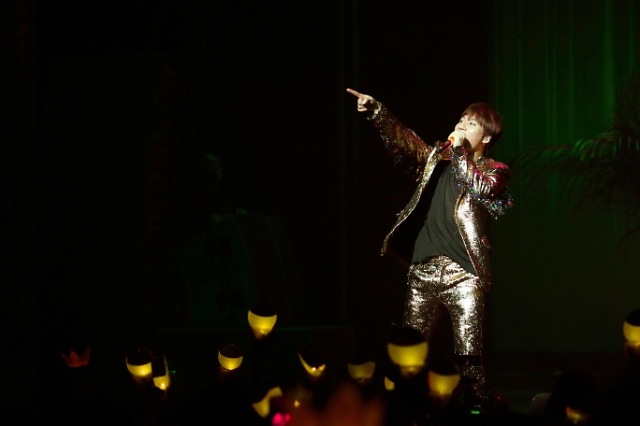 YG Entertainment said in a statement that the 29-year-old will enter an army boot camp on March 13 for a five-week training program.

BIGBANG leader G-Dragon enlisted last week and Taeyang, another member, will start his military service on March 12. TOP enlisted as conscripted policeman last year but was expelled for smoking marijuana. TOP resumed his service as a public service worker in January. After Daesung's enlistment, Seungri will be the only active BIGBANG member. According to YG, Seungri will enlist during the first half of this year.