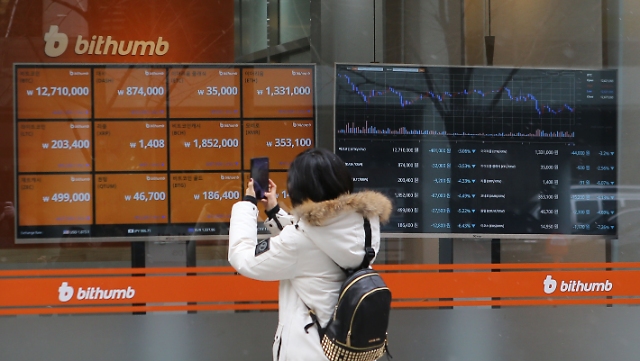 
SEOUL -- About five million people visited virtual money trading firms in South Korea in January at the height of controversy over tightened government regulations, according to a survey by Nielsen Koreanclick, an internet market research firm.

In January, Bithumb was the country's most popular cryptocurrency exchange with 3.33 million visitors, followed by Upbit with 2.72 million and Coinone with 700,000. Coinnest was fourth with 510,000 visitors and Korbit stood fifth with 500,000.

Nielsen Koreanclick did not give related figures in February when sentiment in the virtual money market was dampened by a crackdown, tightened regulations and concerns about hacking. Minor cryptocurrency exchanges cannot attract new clients after a customer identification system was introduced on January 30, allowing only real-name accounts used for deposits and withdrawals in cryptocurrency trading.