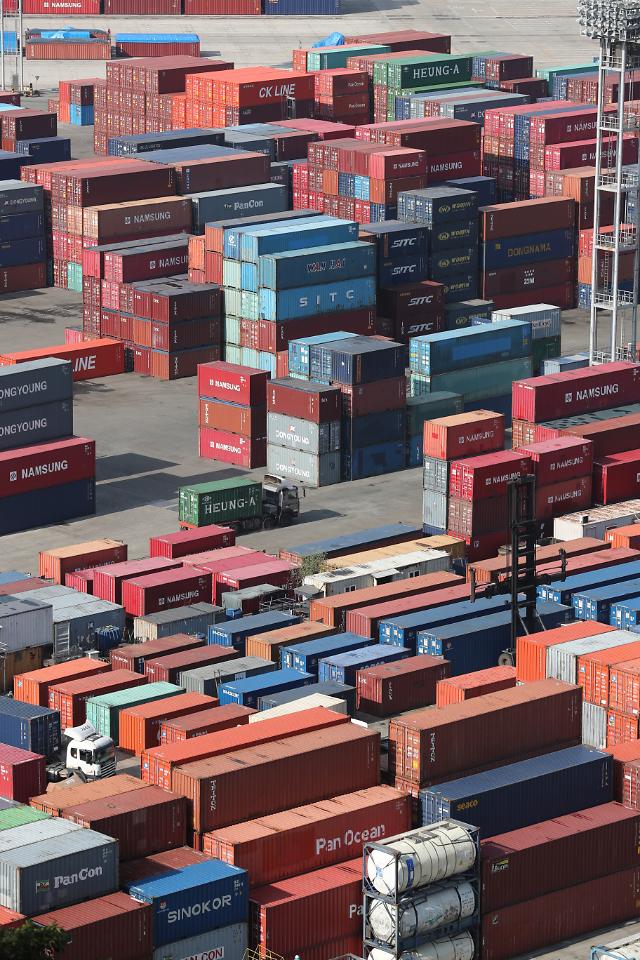 
SEJONG, Dec. 26 (Yonhap) -- South Korea's key industries, including the auto and shipbuilding sectors, suffered a sharp drop in exports last year, but the country logged a decent trade surplus due to a dip in oil prices, data showed Tuesday.

According to the data compiled by Statistics Korea, the country's exports reached US$494.3 billion last year, down 6 percent from a year earlier.

Large exporters shipped $317 billion worth of goods overseas last year, down 7.9 percent from last year's $344 billion, the data showed, as auto and shipbuilding firms suffered a sharp decline in their exports.

"Our key industries, such as auto, shipbuilding and refining, saw their exports decline sharply last year," the statistics office said.

The comparable figures for the top 100 and top 1,000 firms were 64.8 percent and 82.8 percent, respectively, which represent a 1.9 percentage-point dip and 0.9 percent decline, the data showed.