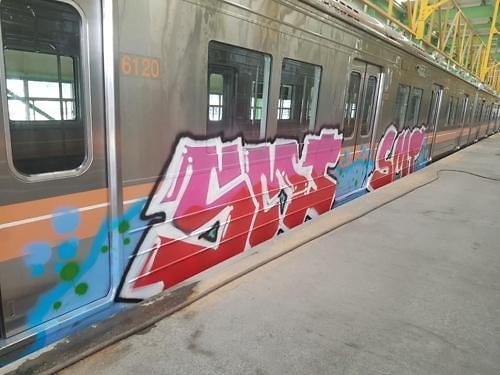 Two British brothers dreamed of a perfect graffiti expedition in South Korea after they sprayed the initials of their gang on the side of subway trains, but they were caught at a guest house shortly before their departure.

At an appeals court trial, the two identified only by their ages -- 25 and 23 -- were given a four-month jail sentence each for breaking in and vandalizing public properties.

SMT based in Manchester has been well known for subway train graffiti with its members fined for vandalizing trams, trains and public places.