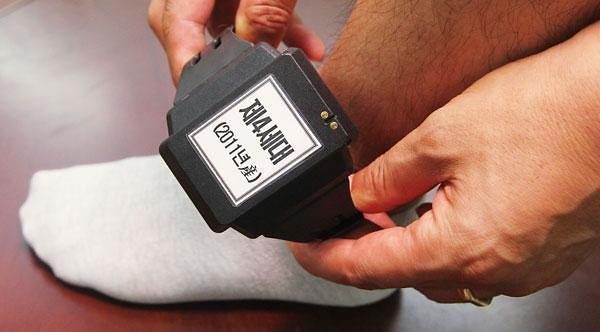 
South Korea's justice ministry boasted about electronic devices monitoring ex-convicts, avoiding an answer to widespread public calls for the extended detention of a 64-year-old violent rapist who has vowed vengeance.

The ministry uses electronic location-tracking ankle bracelets and chemical castration for serious sex crimes, but there has been debate over their efficiency.

Cho Doo-soon, who is serving a 12-year jail term on conviction of abducting, raping and beating an eight-year-old girl at a church toilet in 2008, will be released in December 2020. He has vowed to take revenge on the girl and her family, igniting public resentment and demands for his continued detention.

As of Friday morning, some 419,000 people visited South Korea's presidential website to endorse a petition calling for a new trial to sentence Cho to life. The window will be closed on December 5. Moon's administration should give an answer if the number of endorsors exceeds 200,000.

Following his release on December 12, 2020, Cho should wear an electronic device for seven years, the ministry said in a statement e-mailed to Aju News. "We will do our best to prevent recidivism by putting him under close monitoring and supervision by a dedicated probation officer around the clock," it said without mentioning the petition.

The ministry promised to educate Cho on what he has to do for the prevention of "recidivism and correction of sexual abuse". "Along with individual psychological treatment to eliminate original crime-inducing factors and to improve social adaptability, we plan to exhaust our efforts to curb his criminal intent."

The electronic supervision system is aimed at promoting the healthy social return of ex-convicts by "guiding, caring, and helping through probation", the ministry said.

The victim had serious injuries to her internal organs. Prosecutors sought life imprisonment, citing a police record of multiple crimes, but a court acknowledged Cho's argument that he had acted under the influence of alcohol. A retrial aimed at overturning an original sentence for longer imprisonment is legally impossible.