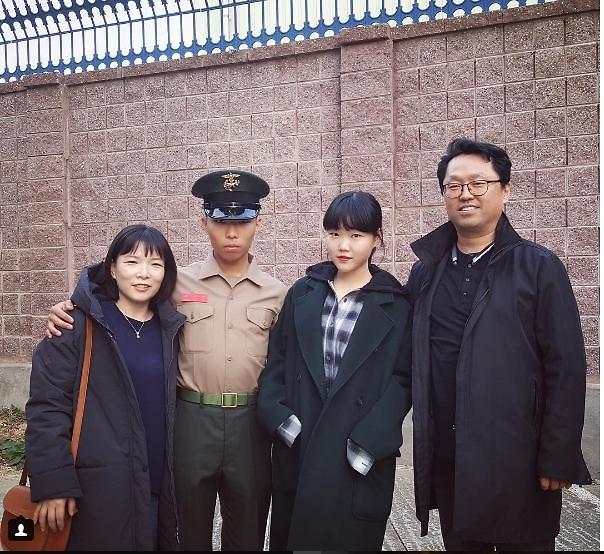 
Lee Chank-hyuk, a member of South Korea's brother-sister duo band "Akdong Musician", was assigned to a Marine infantry unit after he completed a seven-week basic training program at a boot camp, according to his agency.

For his mandatory two-year military service, the 21-year-old entered a Marine boot camp in the southern port city of Pohang on September 18, YG Entertainment said.

"(He) has become a different person in seven weeks. It's cool. Congratulations on completing it!," his younger sister and main vocal Su-hyun said in an Instagram post. Lee was seen wearing a military uniform and posing with his family.

The acoustic duo band debuted via a TV music audition program "K-Pop Star Season 2" in 2012 and soon became one of South Korea's favorite bands. It is unclear whether Su-hyun will go solo until her brother finishes his service in 2019.