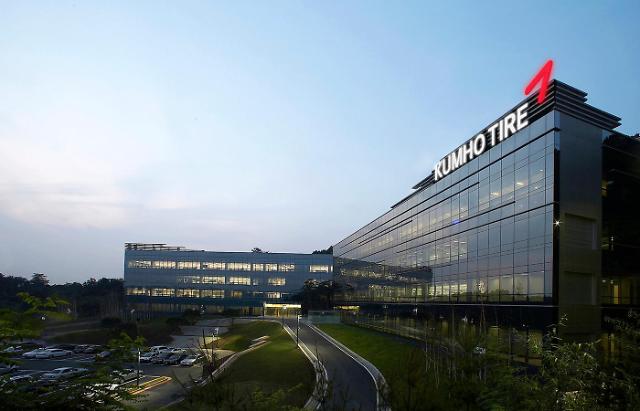 
The new head of South Korea's state-run Korea Development Bank gave a positive outlook on the rehabilitation of Kumho Tire which faces an uncertain future after a Chinese company gave up its bid for the troubled tire maker.

Kumho Asiana Group, the operator of Asiana Airlines, submitted a self-rescue package after negotiations on finding a new owner broke down. China's Doublestar agreed in March to secure a 42.01 percent stake in Kumho Tire, but the deal faltered because of disputes over job security, a price cut and other thorny issues.

However, he reserved judgment on the self-rescue package presented by Group chairman Park Sam-koo, saying creditors led by KDB have yet to complete their work on screening the package that included asset sales and capital increase by March next year.

Kumho Asiana promised to issue new shares through private equity funds by the end of this year. The group said it's in talks with potential investors to sell a stake in assets in China by March next year.

The group reportedly hopes to raise some 630 billion won (557 million US dollars), including the sale of a 4.4 percent stake in Daewoo Engineering & Construction for 130 billion won, a capital increase worth 200 billion won and the disposal of assets in China.

Creditors have expressed doubts about the group's financial ability to bail out the tire unit saddled with a total debt of 2.7 trillion won. Park has been accused of causing Kumo Tire's liquidity crisis with mismanagement, but community people have supported his claim that the tire unit should not be turned over to a foreign company especially from China.

Kumho Tire with plants in China, Vietnam, and the United States was put under a debt workout program in December 2009 due to a severe liquidity crunch. The company graduated from the program in late 2014, but sales fell sharply in China this year amid a row over a US missile shield.