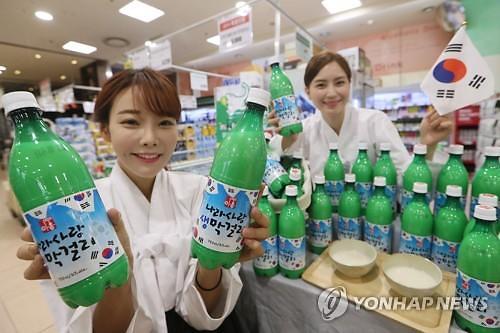 Makgeolli, made from rice mixed with a traditional fermentation starter, has a milky color. It has about 6–8 percent alcohol by volume and some brands are flavored with corn, chestnuts, apples or other produce.

Makgeolli is commonly available in plastic bottles, but CU produced a canned blend infused with coffee that contains four percent of alcohol and targets young people. Led by traditional rice wine brewery Kooksoondang, a wide range of new makgeolli products, carbonated or flavored with fruits, has been produced to attract young consumers.