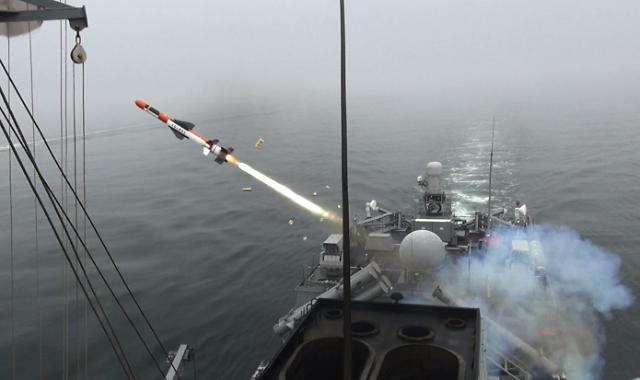 The warhead has a cluster of shrapnel that can penetrate armored vehicles and destroy an area with the size of two football fields.

The FFX program calls for the construction of six 2,300-ton Incheon-class ships for the first batch, six to nine ships for the second batch and an undisclosed number of ships for the third batch to replace the aging fleet of Pohang-class corvettes and Ulsan-class frigates. The first FFX frigate was launched in 2011.

For decades, the two Koreas have been locked in a race to develop and produce various missiles, with North Korea taking the upper hand in extending the range of ballistic missiles.