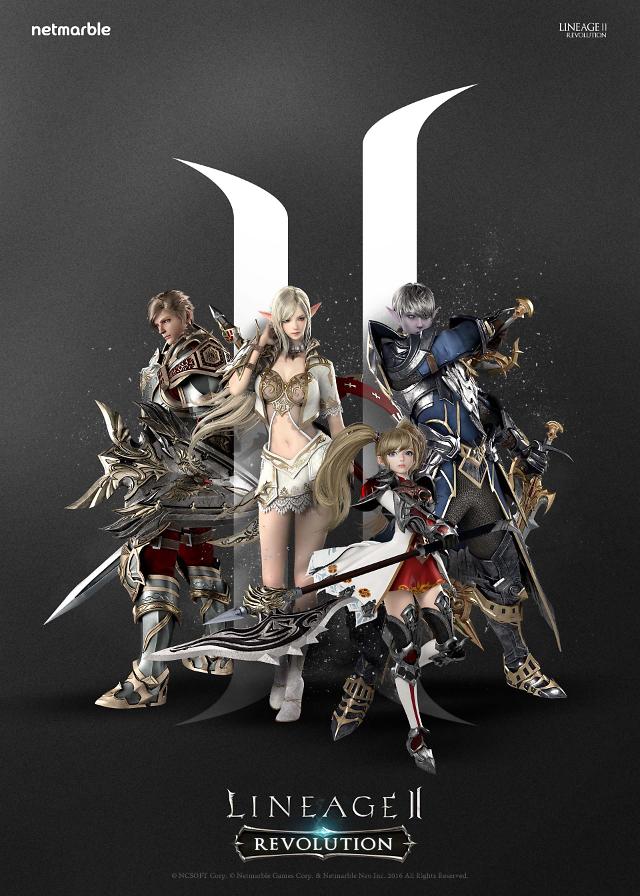 Netmarble, a South Korean game maker and publisher, has risen to the No. 3 spot in the world's mobile game publisher ranking for February, a step up from January's, according to a smartphone application market researcher.

Netmarble's steady rise was catapulted by its mobile game "Lineage II Revolution", released in December last year. The company has earned about 200 billion won (170 million US dollars) with the remake of a popular MMORPG (Massive Multiplayer Online Role Playing Game), which was released in the early 2000s. It became top content in app markets run by Google's Android and Apple's iOS.

Lineage II is a free-to-play MMORPG game but users are required to purchase in-game items for a more intensified gaming experience. The game has about 1.4 million monthly active users, many of them in their 30s and 40s with spending power.

Netmarble plans to start the global service of Lineage in an effort to expand its business into North America and other big markets. It also seeks to firm its ground abroad by acquiring foreign game makers such as SGN, a popular mobile puzzle game maker, in July 2015 and an American game creator group, Kabam Vancouver Studio, in February this year.