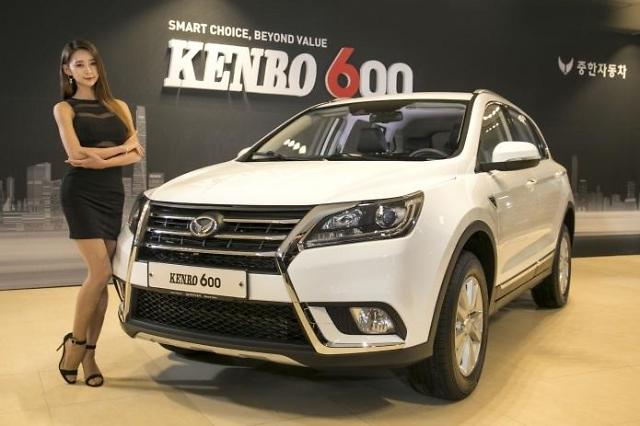 The first batch of 120 KENBO 600 sport utility vehicles from China has been sold out in less than a month after the model made its debut in South Korea, thanks to its unexpected popularity.

The price of KENBO 600's "Modern" Trim was set at 19.99 million won (17,466 US dollars), cheaper than that of the lowest trim of Kia's popular compact-sized SUV "Sportage" priced at 22.2 million won.
The local importer of Chinese cars will bring in 200 more soon as it aims to sell a total of 3,000 KENBO SUVs this year. It also aims to bring in other models including electric vehicles that will be available in 2018.
Park Sae-jin = swatchsjp@ajunews.com