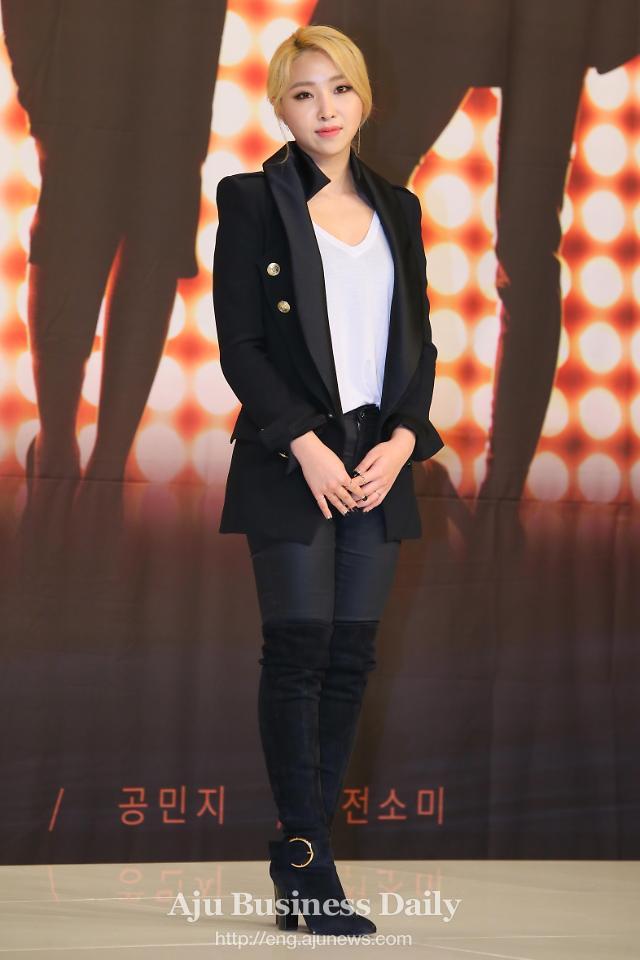 Former 2NE1 member Minzy will make her first appearance as an entertainer this week on a Friday night TV entertainment show "Sisters' Slam Dunk" that will be broadcast on KBS, a state-run broadcasting company.

Since the 23-year-old quit the iconic girl group in April last year, Minzy has been silent. The group finally dissolved in November, ending its successful seven-year career.

"I've decided to appear in the show because other members are so interesting," Minzy told reporters Wednesday. "I feel very confident because I think the members of the show back me up prior to my solo debut."