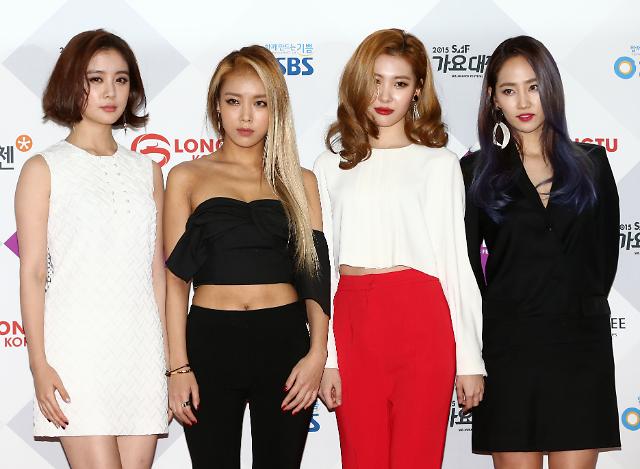 Wonder Girls will release its goodbye single on February 10 to mark the 10th anniversary of its debut, JYP Entertainment said after announcing the breakup of the four-member group.

JYP said Yubin and Hyerim renewed contracts to continue their careers in music and acting while Yeeun and Sunmi will go their own way.

The girls have been all downhill after sensational popularity with their hit songs "Tell Me" (2007) and "Nobody" (2008).