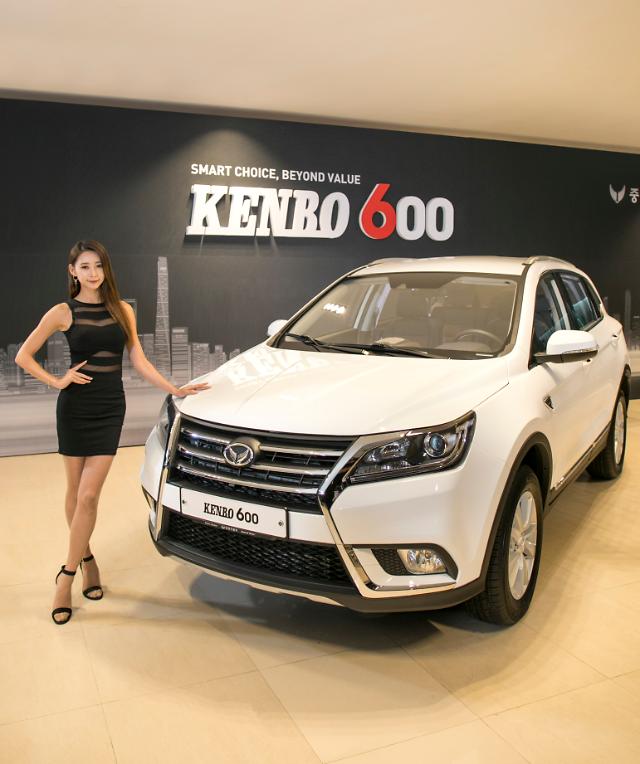 China-Korea Motor Co., a South Korean importer of Kenbo 600 bragged about a price competitiveness and safety saying the model is trustworthy because it received all five-star ratings from Chinese regulators.

South Korean consumers showed a mixed reaction with many voicing concern about the safety of Chinese vehicles which have yet to win international recognition.

"I've considered buying a Chinese vehicle but I stopped thinking about it because I did not want to become a beta-tester, risking my life," said "Shoot", an online community user.

Another user "Ribelick" said,"Many South Korean consumers have a trust issue regarding the safety features of Hyundai and Kia vehicles. How would Chinese carmakers gain their trust?"

There are some friendly voices. "I advise that you do not underestimate the abilities of Chinese carmakers. In some ways, their commercial vehicles are fitted with better safety-related installments than South Korean-made commercial vans and trucks," said "GOMGOM".

The importer aims to attract the consumers by setting the price of Kenbo 600 much lower than competitors, saying Kenbo 600 is a mid-sized SUV but its price is equal to that of a compact SUV. The SUV's basic "Modern" Trim was priced at 19.9 million won (17,138 US dollars) and its most expensive "Luxury" trim at 20.9 million won.

The Chinese model is about 12 percent cheaper when compared to Hyundai Motor's compact SUV, Tucson (based on the lowest priced trim), and 40 percent cheaper than Santa Fe.

"Please consider our price policy not as a 'Chinese discount', but as a 'Chinese Advantage,'" the importer said in a ceremony in Incheon west of Seoul.

"I would pay more to ride a South Korean vehicle no matter how cheap the Chinese car is," said "wg21****", a user in Naver, South Korea's largest portal service.

The Kenbo 600, marketed as the S6 in China, made its debut as other Chinese brands seek to tap into the South Korean auto market, including electric vehicle (EV) maker BYD Co. In November last year, the world's largest electric carmaker BYD registered its corporate name in South Korea to set up its sales branch.

BYD has established a network of dealerships with South Korean partners, as competition grew among domestic and foreign brands to gain a foothold in what would become one of Asia's biggest EV markets.