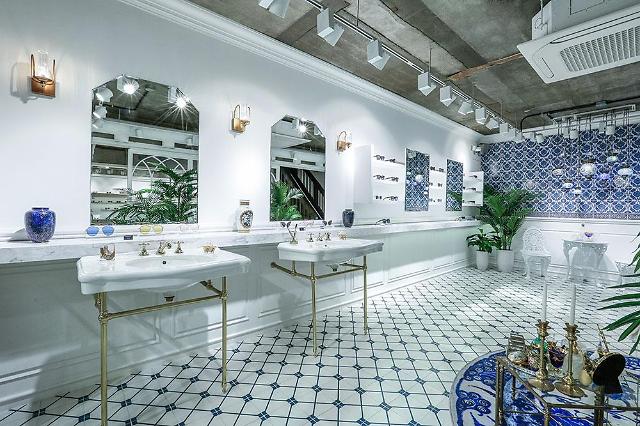 
In Garosugil at the heart of a trend-leading fashion street in Seoul sits a white-out showroom. One could mistake it for a pop art exhibition, but it’s a flagship store run by South Korea's rising sunglasses brand Gentle Monster coveted by Chinese K-pop fans.

Each floor of the five-story store looks like a luxurious dressing room decorated with white porcelain. On display are sunglasses pretending to be art pieces with Chinese tourists strolling about as if they were in an art exhibition for the works of craftsmasters. ​

The air is filled with low, muffled thumps from the modern electronic house music creating a dense and heavy atmosphere like sitting in the middle of a swimming pool.

"Our motto is 'Surprise the world'," Choi Sung-yeon, a 29-year-old store manager said proudly from a fourth-floor reception desk. "Gentle Monster's flagship stores are not all about shopping. It's more like a cultural tour."

Garosugil is an integrated fashion and trend complex established over an area of 110,000 square meters (about 27.1 acres) in Seoul's affluent Gangnam district, famous for rapper Psy's global hit "Gangnam Style". It is a must-visit-place for Chinese tourists coming to taste South Korea's genuine fashion and culture.

"We have flagship stores at Seoul's fashion and trend hot spots such as Garosugil and Myeongdong. We're providing surreal environments and different shopping experiences to tourists and shoppers," said Choi. 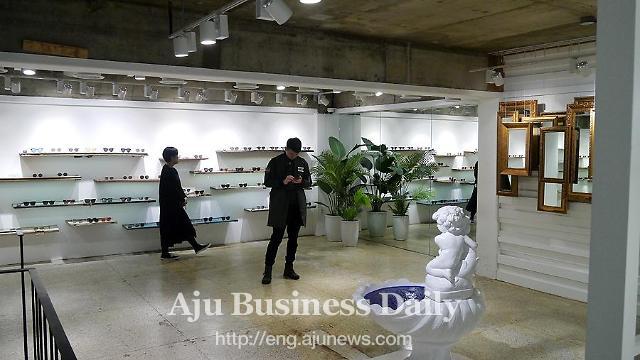 
Every day at the peak season, about 700 Chinese tourists visit the Garosugil showroom run by the optic company which operates six flagship stores and 20 outlets in department stores nationwide. Each flagship store is decorated with different concepts and characteristics and remodeled regularly to provide diverse shopping experiences.

"I cannot believe my eyes! Everything here is so stylish and beautiful," a 28-year-old Chinese shopper surnamed Mo told Aju news.

"There's something special about Gentle Monster. It is totally different and unique," she said. "I had only heard about them from professional reviewers, but now I finally have one in my hands!" 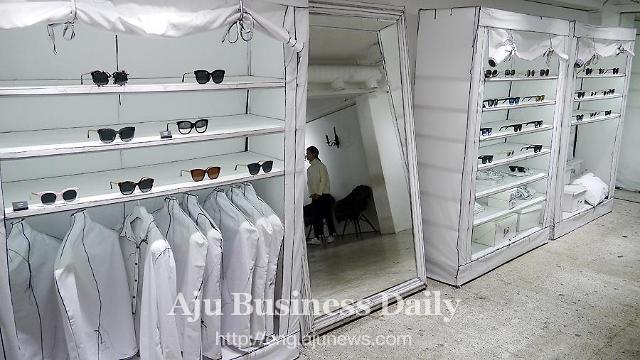 A Gentle Monster store in  Seoul displays sunglasses like art pieces in a dressing room. [Photo by Park Sae-jin]

Gentle Monster relies heavily on big-spending Chinese tourists called "Youkers". About six million Youkers visited South Korea last year, each spending about 11,625 yuan (1,686 US dollars) which is nearly 1.5 times more than that of Japanese tourists, according to the China National Tourism Administration.

Some other brands attract Chinese shoppers by offering discount sales and special gifts. However, Gentle Monster hasn't carried out a single sale event except for basic tax refunds. "The brand value is an important factor," Choi said. "Instead of carrying out pointless discount sales, we come up with fresh design and coloring. Our limited items are always the best sellers."

Especially, the sunglasses that once appeared in popular South Korean dramas such as "My Love From the Star" starring Jun Ji-hyun and Kim Soo-hyun have become steady sellers. Gentle Monster plans to release more celebrity-collaborated sunglasses through its flagship stores in China.