Jay Park to release new album 'Everything You Wanted' 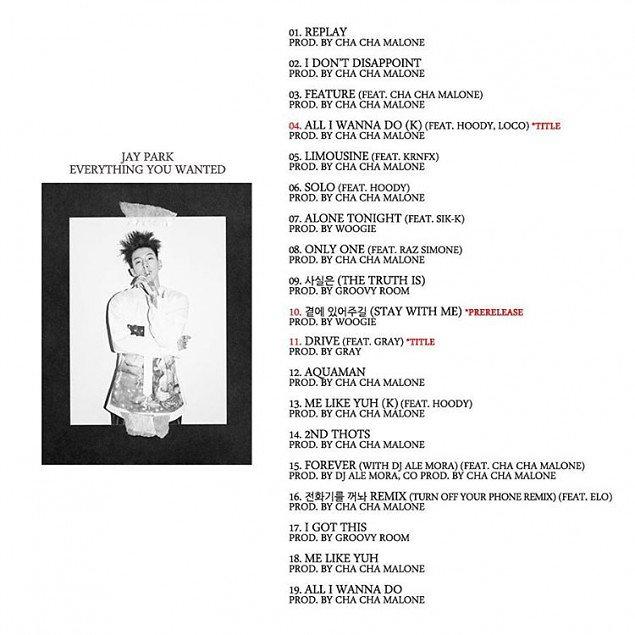 
South Korean singer Jay Park's new album "Everything You Wanted" filled with 19 R&B tracks will be released on October 20.

Jay Park's earlier album and digital singles -- "Scene Stealers", "The Truth Is", "Me Like Yuh" and "City Breeze" -- featured artists such as Ugly Dick and Girin. In the upcoming album, Jay Park will feature Gray, Loco, Hoodie and other artists.

In his new album, Jay Park will introduce two title tracks "Stay With Me" and "All I Wanna Do".