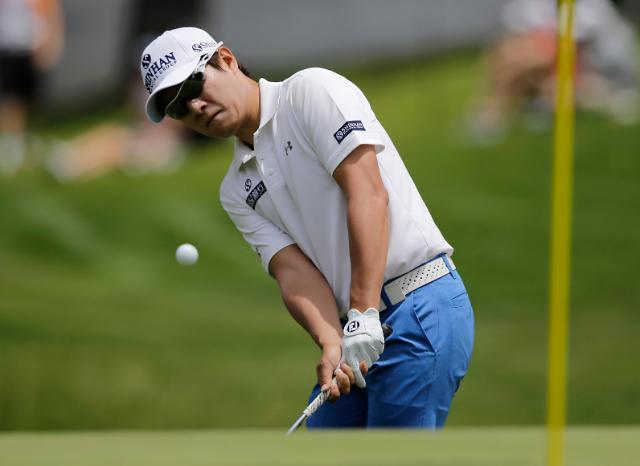 Kim Kyung-tae, a prominent professional golfer based in Japan, became the first South Korean player to boycott next month's Olympics in Brazil on concerns over the Zika virus.

The 29-year-old,  who is ranked the world's 41st as a 13-time winner and two-time money champion in Japan, was qualified to represent South Korea in Rio de Janeiro, along with An Byeong-hun (31st), but he said Monday that he would not go because of his plan to have a second child.

"Through discussions with my family, I've concluded that it's best not to compete in the Rio Olympics," Kim said in a statement published through his agency, IMG. "As a father and the head of a family, I cannot take the risk."

The golfer apologized over his decision:  "I am truly sorry to my fans who would be disappointed because of my decision." His spot will be replaced by Wang Jeung-hun (76th).

The Korean Olympic Committee (KOC) promised to respect Kim's decision saying it's "normal" for him to make such a decision. "Since there is no known vaccine, we cannot force athletes to compete while risking their health," a KOC official told Aju News, adding athletes would be given vaccine and means to repel mosquitoes

So far, 17 male professional golfers including Jason Day, Dustin Johnson, Rory McIlroy, and other top rankers have announced their decision not to compete in Rio, one of the world's most Zika infested areas.  Zika is the known cause of microcephaly, a birth defect, and infected babies are born with unusually small heads and brain damage.