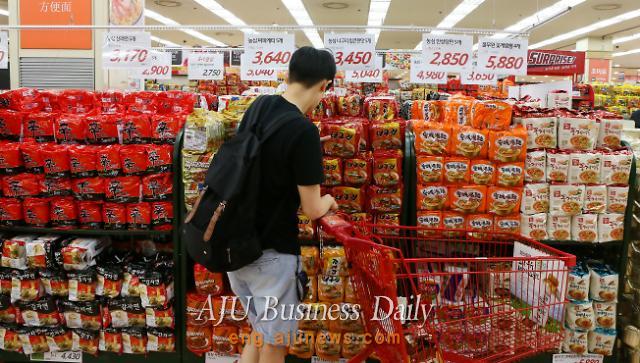 Lotte Mart, one of South Korea's biggest hypermarkets, released a list of best-selling items from its tourist-heavy branch at Seoul's main railway station.

Jjambbong Ramyeon was listed as an item favoured most by Chinese tourists in January, followed by sweet and buttery almond nuts.

Lotte Mart said the new trend might have been inspired by the Internet and social networking services where pictures and stories about K-pop stars eating certain snacks and food have created food fads.

Jjambbong itself is one of South Korea's most popular dishes alongside jajangmyeon (noodles in a black bean sauce). The two dishes originated from China but are now hailed as South Korea's soul food.

Ramyeon is an instant noodle soup dish, and many ramyeon brands are sold in China and many other countries.