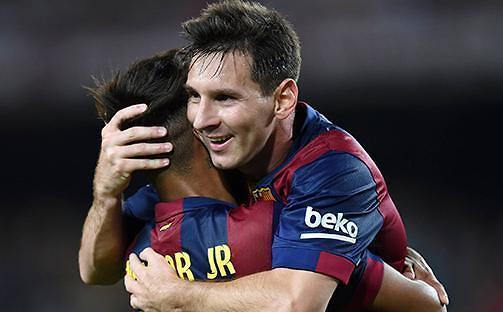 FC Barcelona's Lionel Messi topped the list of best forwards in the first quarter of this year released by a research group within the International Center for Sports Studies (CIES) Tuesday.

His teammates Luis Suarez and Neymar da Silva ranked fourth and 12th, respectively, the CIES Football Observatory said. The CIES is a private foundation affiliated to the University of Neuchâtel in Switzerland.

Meanwhile, Messi's long-time rival Cristiano Ronaldo of Real Madrid placed only 29th in the ranking for forwards, while his teammates Gareth Bale and Karim Benzema came in 35th and 37th, respectively.

"This data reflects the difficulties faced by Real Madrid after the winning of the FIFA Club World Cup in December," the Football Observatory said.