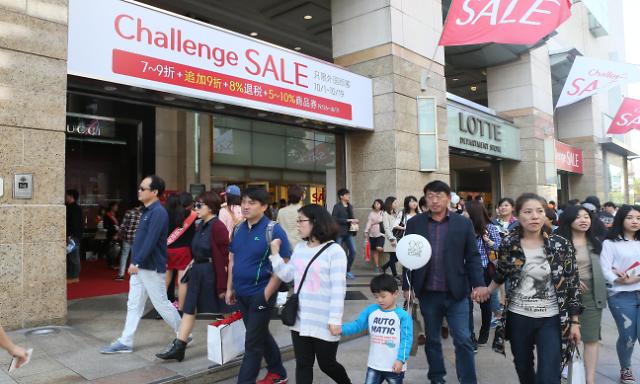 The number of foreign tourist arrivals in South Korea has surpassed 14 million for the first time this year, helped by a sharp rise in Chinese travelers, the country's state-run tourism agency reported on Monday.

The figure represents a 16 percent increase from a year ago, the highest growth rate in a decade, according to the Korea Tourism Organization (KTO).

If the current upward trend continues, the nation's tourism revenue is expected to reach US$17.6 billion this year, up 21.4 percent or $3.1 billion from $14.5 billion tallied last year, the report said.