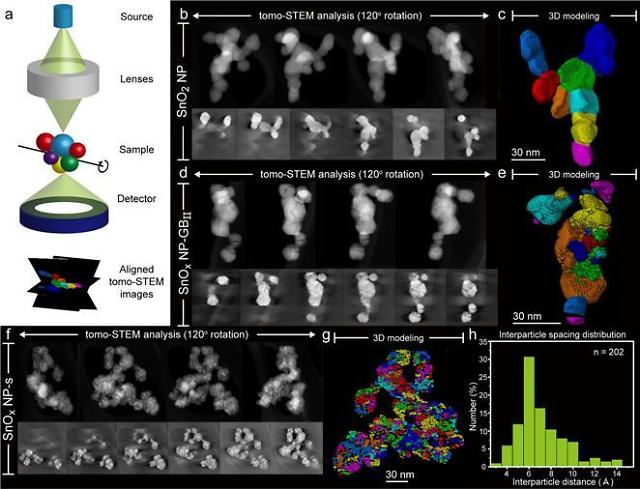 SEOUL -- Using a newly-developed renewable technology, a joint team of South Korean researchers has developed an affordable, high-performance, tin oxide catalyst capable of converting carbon dioxide into formic acid, a type of carboxylic acid used as a core material in the industrial sector.

The Ulsan National Institute of Science and Technology (UNIST) said in a statement on December 1 that the institute worked with the Daegu Gyeongbuk Institute of Science and Technology (DGIST) and Seonggyungwan University to develop a method that can create sub-nanoscale interplanar gaps of widths less than one micrometer in a novel tin oxide catalyst.

Researchers said interplanar gaps captured reactants, reducing required energy to cause a reaction while effectively reducing the creation of byproducts. They found that the formic acid production speed of a novel catalyst made with a cheap tin material is more than 19 times faster than that of conventional catalysts. The production rate of hydrogen, created as a byproduct, decreased by about 70 percent.

"We were able to dramatically increase the speed and selectivity of producing high-valued formic acid by using a technique that controls the size of interplanar gaps inside tin particles," UNIST researcher Kwon Young-kook was quoted as saying. The tin oxide catalyst can be used for electrically converting massive quantities of carbon dioxide into formic acid to reduce the main cause of global warming.