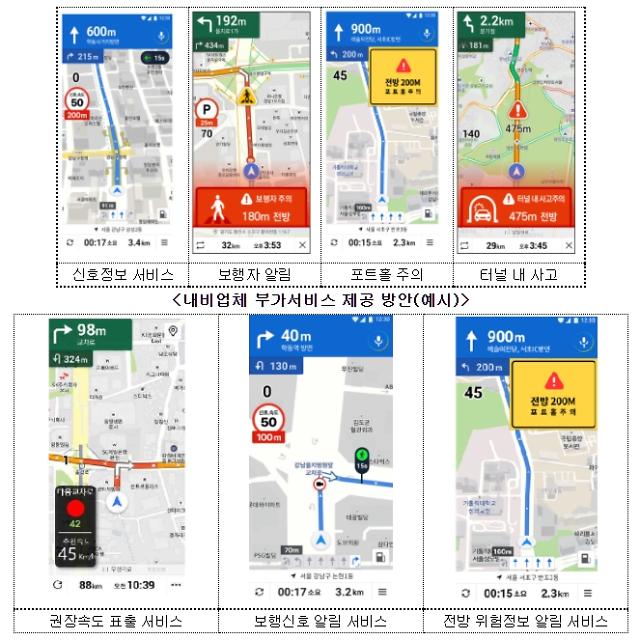 
SEOUL -- For the first time in South Korea, a real-time traffic light information service will be provided for drivers traveling in central Seoul to reduce the chances of accidents. The service, scheduled for demonstration by the end of 2021, will display useful information such as the status of traffic lights and pedestrians crossing the road via smartphone navigation apps.

South Korea has some 1.5 million monthly active users of smartphone navigation apps that offer useful information such as the location of a driver's car, its traveling speed and information about nearby stores. However, it does not show information on traffic lights.

Navigation apps will provide drivers with information on 623 traffic lights and 22 intersections located in the center of Seoul so that drivers can know the time left until a nearby green traffic light turns red, the presence of crossing pedestrians at an upcoming intersection, or whether there are on-road obstacles like potholes. The service will cover all areas in Seoul by March 2022.

"Starting with this demonstration, Seoul will expand the test area for autonomous vehicles and infrastructure, as well as adopt new types of public transport," Seoul's urban transport bureau director Baek-ho said in a statement on October 28.