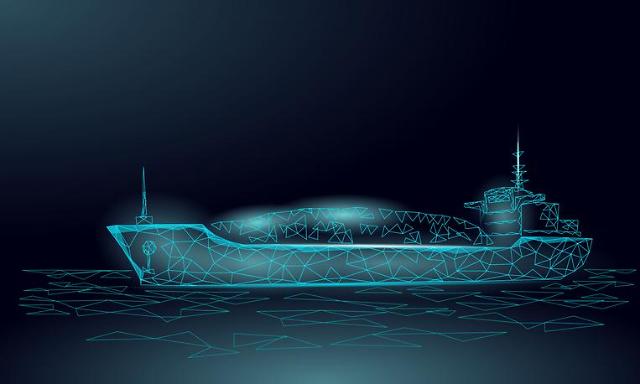 SEOUL -- AVL, an Austrian engineering company that provides solutions and methodologies to shape future mobility trends, tied up with South Korea's Hyundai shipbuilding group to develop hydrogen fuel cells for ships by 2025. The partnership comes amid an active campaign by South Korean shipbuilders to take the upper hand in global markets with eco-friendly vessels and smart ship technologies.

AVL and the shipbuilding group agreed to develop fuel cells with an output of 200 kilowatts to 1.5 megawatts that would be applied to coastal island area ferries and tugboats, inland water cargo ships, and medium-sized hydrogen carriers.

The Hyundai shipbuilding group has unveiled a business roadmap to accelerate the development of hydrogen transport ships and create vessels with hydrogen fuel propulsion. "Building an organic value chain is the surest way to expand the hydrogen ecosystem," Hyundai Heavy Industries senior vice president Chung Ki-sun said at a hydrogen industry fair on September 8 in Ilsan northwest of Seoul.

In an effort to cope with tightened greenhouse gas regulations and introduce eco-friendly vessels, South Korean shipbuilders have tried to adopt fuel cell technology such as a solid oxide fuel cell (SOFC) system that produces electricity by oxidizing fuel and is considered to be the most stable and power-efficient among its fuel cell brothers. Because SOFC has a high power output compared to its size, the fuel cell system is ideal for powering mega-sized heavy equipment such as oil tankers.

In early 2021, a crude carrier with a SOFC propulsion system developed by Daewoo Shipbuilding & Marine Engineering won certification from the American Bureau of Shipping, a maritime classification society. Samsung Heavy Industries has partnered with Bloom Energy to develop core technologies for highly efficient solid oxide fuel cells for ships by 2022.

In March, Hyundai Heavy Industries partnered with Doosan Fuel Cell, a clean energy wing of Doosan Group, to co-develop a megawatt-class SOFC system for vessels. Doosan aims to develop a SOFC system that will use liquefied natural gas to have a power output of more than 40 percent compared to conventional diesel engines.

The Hyundai auto group has also disclosed a joint project with domestic partners to commercialize a fuel cell electric propulsion system for ships. They would commercialize a small model in the second half of 2022 and larger systems later. The auto group has tried to expand the application of its automotive fuel cell technology to other areas such as vessels, railways and power generation.