Musinsa Standard releases cosmetics for men in their 20s and 30s 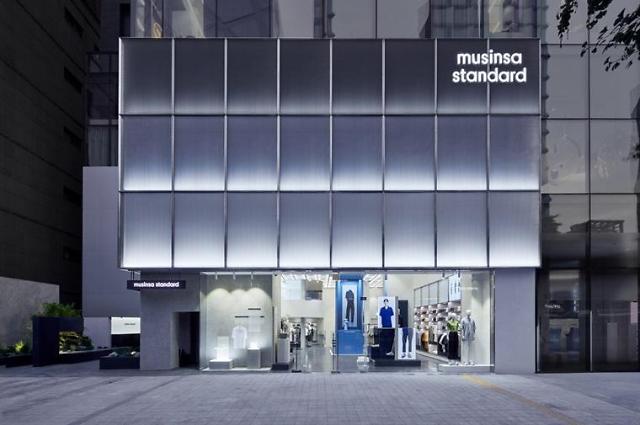 SEOUL -- Musinsa Standard, a popular apparel brand in South Korea, has rolled out a product lineup targeting young men who hope to improve their looks to differentiate its products from other brands.

The products’ release was prompted by the growing number of young men using cosmetics. Due to a COVID-19 pandemic, men's interest in skincare has significantly increased. According to a report released by Statistics Korea, the total cosmetics market in South Korea stood at 28 trillion won ($24.4 billion) in 2020. Data from global market research firm Euromonitor International showed that sales of male cosmetics accounted for about 10 percent of the country's total cosmetics sales.

On July 30, Musinsa Standard released its cosmetics targeting male consumers in their 20s and 30s. It consists of all-in-one wash, hair spray, perfume, essence and cleansing foam. The brand will hold a special discount event until August 12 to celebrate the launch of its first male beauty products.

Musinsa Standard was launched by Musinsa, a mobile-centered fashion retailer. Established in 2001, Musinsa has become popular among young consumers for providing high-quality outfits at low prices. It conducts various online fashion commerce businesses, such as launching its online shopping mall in 2019. Along with Musinsa Standard, the company launched a women’s apparel brand, Woosinsa in 2016.
© Aju Business Daily & www.ajunews.com Copyright: All materials on this site may not be reproduced, distributed, transmitted, displayed, published or broadcast without the authorization from the Aju News Corporation.