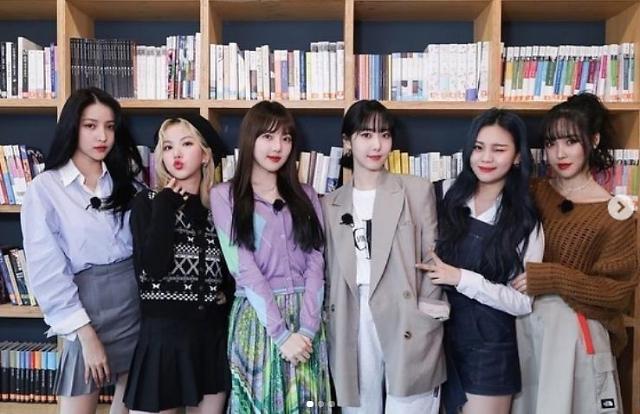 SEOUL -- K-pop girl band GFRIEND has left many K-pop fans stunned by a surprise announcement that the six-member band will be disbanded in May, six years and four months after its first public appearance.

"We express our deepest gratitude towards our fans who loved GFRIEND, and we wish for a lot of love and applause for members who will begin their new activities in a variety of fields," Source Music said in a statement on May 18. The agency said GFRIEND's management contract would end on May 22.

A wave of shock swept across K-pop communities as Source's announcement was the least expected by fans, especially when the agency was acquired by HYBE, the agency of K-pop wonder BTS, in 2019. The acquisition had raised hopes that GFRIEND could target the global music scene.

"I thought the girls would do better with HYBE. It is so disappointing," said "Marigom," a user from South Korea's online community Clien. Another user "Survi" said: "I am stunned. I hope the girls will continue their activity as a whole group."

Source Music did not disclose exact reasons, but fans speculated that GFRIEND fell victim to a deep slump in the entertainment industry. Many bands have canceled concert tours and offline events due to a COVID-19 pandemic.

Entertainment agencies make huge profits out of concerts and performance events. Only major bands such as BTS and BLACKPINK are able to hold online concerts to attract millions of fans worldwide. Other not-so-popular bands have no options but to endure the pandemic.