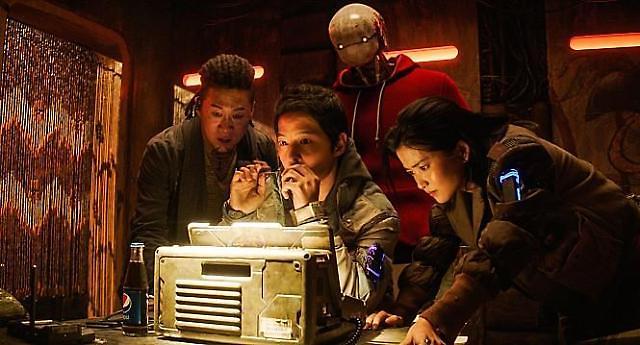 SEOUL -- Dexter Studios has been selected for a state project to establish industry standards and improve South Korea's visual effects (VFX) technology. When development is completed, cross-work between computer graphics companies and file reading will be easy.

Dexter is a VFX company known for its role in South Korean blockbuster films "Along with the Gods" and "Space Sweepers." VFX is the process by which imagery is created or manipulated outside the context of a live-action shot in filmmaking and video production. The integration of live-action footage and computer CG elements to create realistic imagery is called VFX.

The Korean Film Council has selected Dexter to lead the development of an operating system and plug-ins that can utilize universal scene description (USD), an easily extensible, open-source 3D scene description and file format for content creation and interchange among different tools.

In computing, a plug-in is a software component that adds a specific feature to an existing computer program. When a program supports plug-ins, it enables customization. USD developed by Pixar Animation Studios, an American computer animation studio, is being widely adopted for visual effects, architecture, design, robotics, manufacturing, and other disciplines.

USD allows many workers to collaborate in a layered manner, making it efficient to produce computer graphics that involve large amounts of data. A related open-source pipeline will be distributed to computer graphics companies and schools.