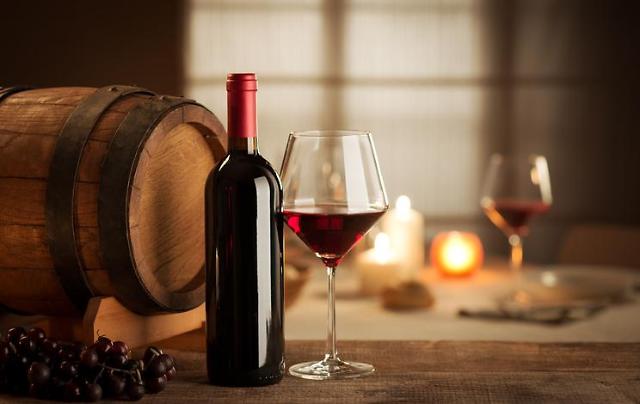 SEOUL -- South Korea's strict COVID-19 social distancing guidelines that regulated the opening hours of bars and restaurants as well as the number of people that can dine at a time has boosted wine sales, attracting wine aficionados who chose to drink at home.

According to the Korea Customs Service, $239 million worth of wine was imported between January and November 2020, up 22.7 percent from the same period a year ago. It marked the highest increase since the government ease regulations on imports of vino in 1988 when the Summer Olympics was held in Seoul.

The increase was prompted by high domestic demands. Lotte Mart, a hypermart franchise of Lotte Group, said in a statement on April 15 that wine sales rose 40 percent on-year to a record high during this year's annual discount event in the first two weeks of April.

According to a 2020 survey of 2,000 consumers, conducted by Agro-Fisheries & Food Corporation (aT), beer was the most favored alcoholic drink, followed by Soju, Korean distilled liquor. aT said that consumers' preference for wine increased in 2020 as many choose to drink at home.

The Ministry of Agriculture, Food and Rural Affairs predicted that the preference of wine over other alcoholic drinks is expected to increase from 4.5 percent in 2020 to 11.8 percent in 2021.