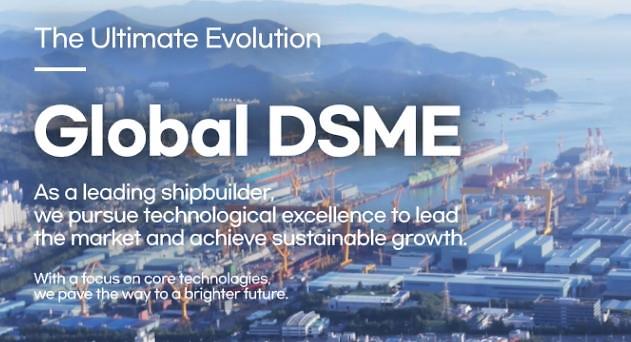 
SEOUL -- A rotor sail system developed by Daewoo Shipbuilding & Marine Engineering, a major shipbuilder in South Korea, has won certification from DNV, an international accredited registrar and classification society based in Norway. As the first domestic company to produce a rotor sail system, the shipbuilder vowed to gain an upper hand in global shipbuilding orders.

When wind meets the spinning rotor sail, the airflow accelerates on one side and decelerates on the opposite side. The change in the speed of airflow results in a pressure difference, which creates a lift force. When wind conditions are favorable, rotor sails allow engines to be throttled back, saving fuel and reducing emissions while providing the power needed to maintain speed and voyage time.

Daewoo Shipbuilding & Marine Engineering (DSME) said on March 22 that its rotor sail has won "Approval in Principle" from DNV. "We will focus on developing eco-friendly ship technology that can be applied to ships immediately to respond to intensifying global environmental regulations," said DSME's research center head Choi Dong-kyu.