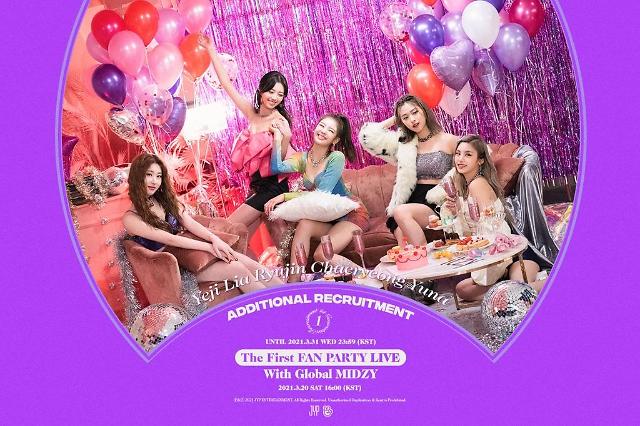 
SEOUL -- K-pop girl band ITZY will release a dedicatory song named after the five-member band's fan club "MIDZY" through an online fan meeting event. The song will be released in Korean and English, targeting fans at home and abroad.

JYP Entertainment said in a statement that "MIDZY" includes a message of "ITZY exists thanks to fans' strong trust." The song will be showcased through the online fan meeting using Naver V Live app on March 20. ITZY will also treat fans with live performances of the band's popular songs.

ITZY, which debuted in 2019, earned the title of "Super Rookie" with hit songs such as "DALLA DALLA," "ICY," and "WANNABE." The band is also popular for its self-made video content such as performance videos uploaded onto YouTube.